I was going to spend some time putting these in order but really is that necessary? Was it necessary to take them at all? It still happened whether I recorded it or not. 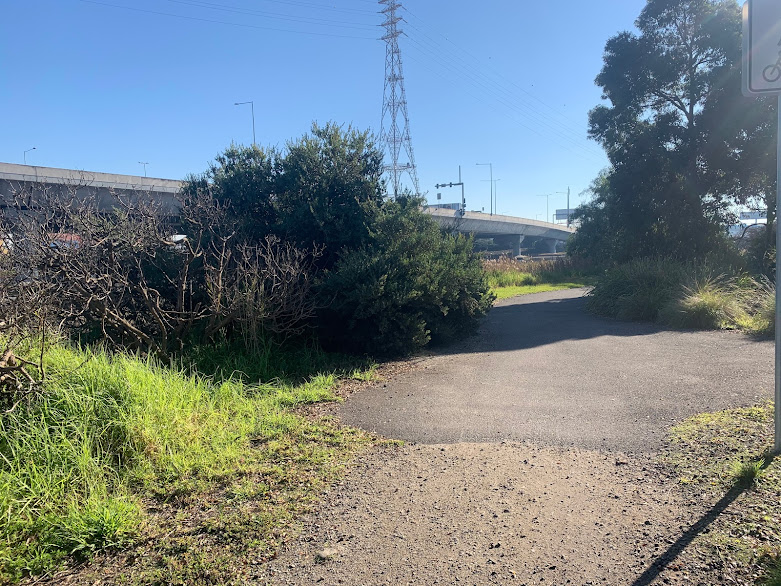 This was the point at which the path stopped being asphalted and became, whatever you call it, a path. 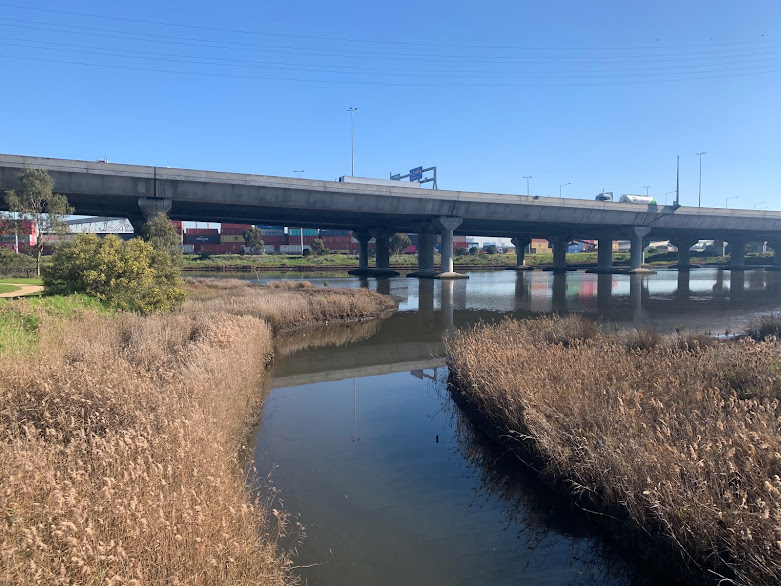 This is the tributary to MPC which goes under the TV studios where Carmel and I went to see various Shawn Micallef shows. By 'various' I mean 'two'. Two different shows, twice each if I remember correctly. 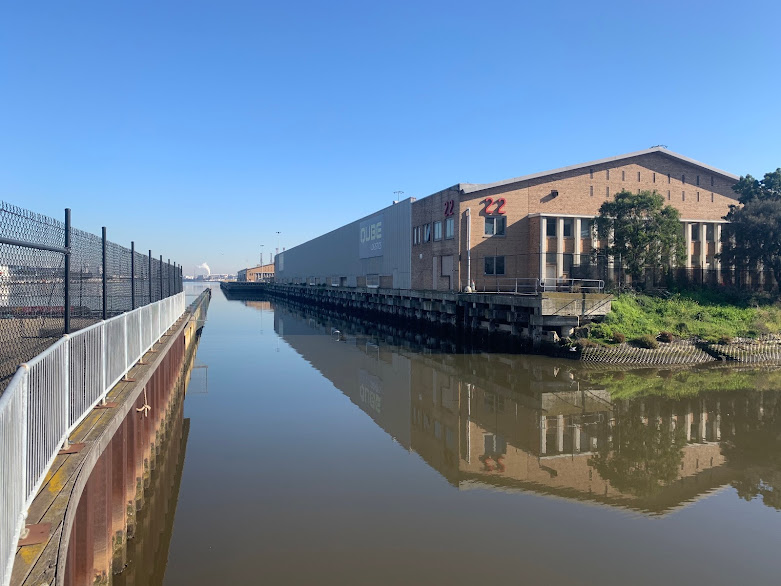 This is actually the point at which MPC hits the Yarra. You know that MPC is not really a C(reek), or at least, it is one now, but it was known for a long time as the Railway Canal and it is I think at this end a formal created canal, and further north, a stream kind of formulated from environmental behaviour (it used to be ponds, not a creek). 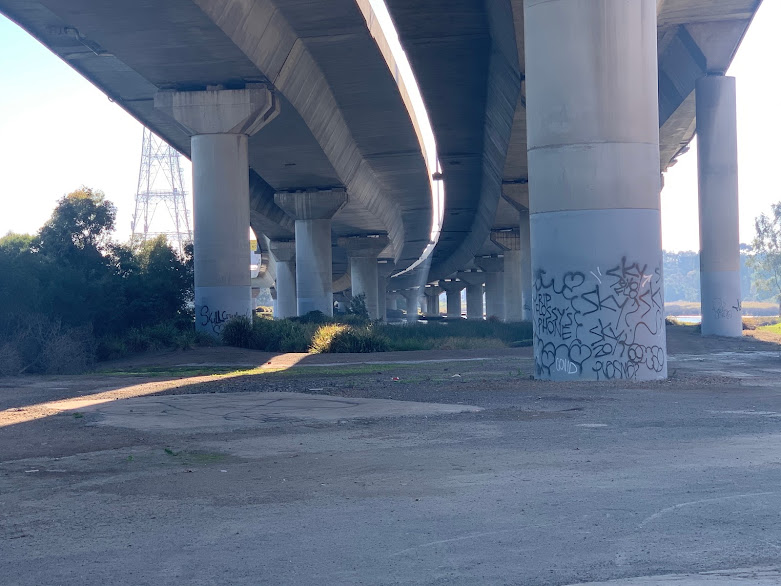 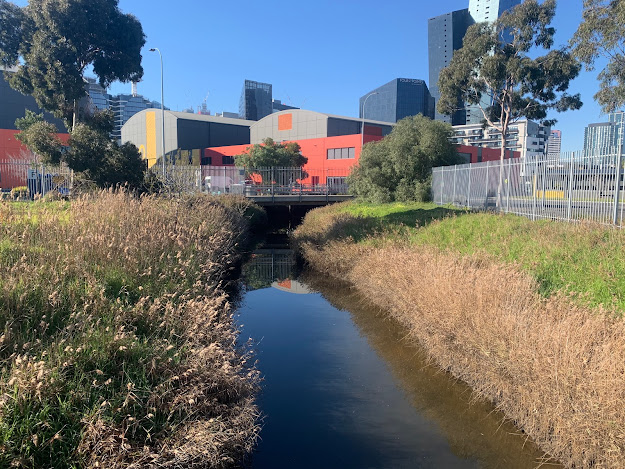 Another view of that tributary. 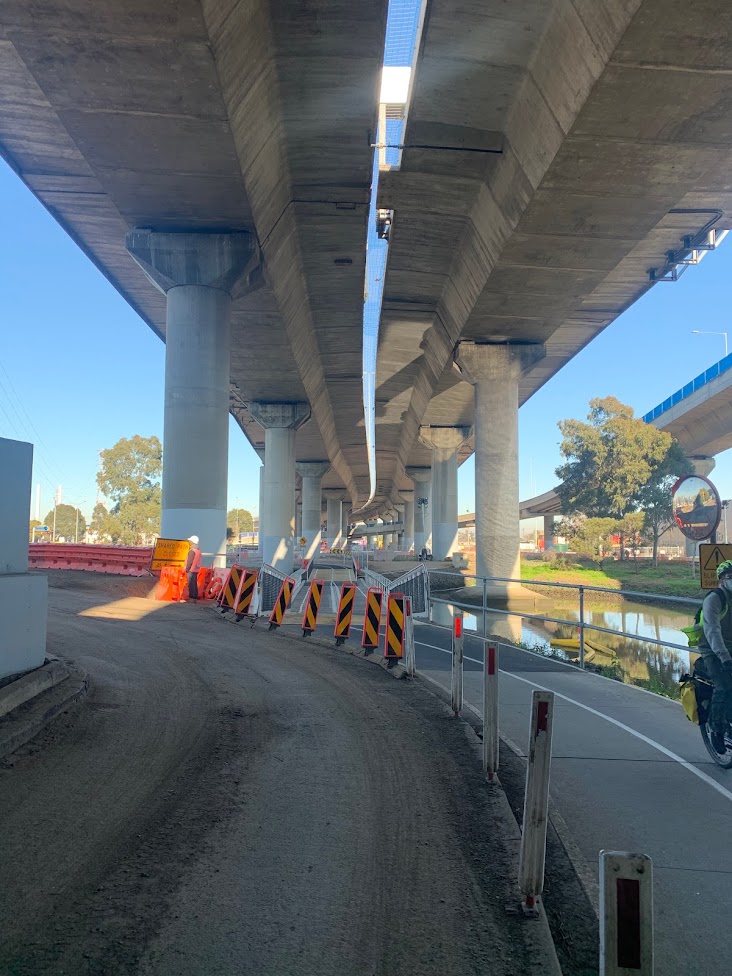 Once again, under the Tulla. 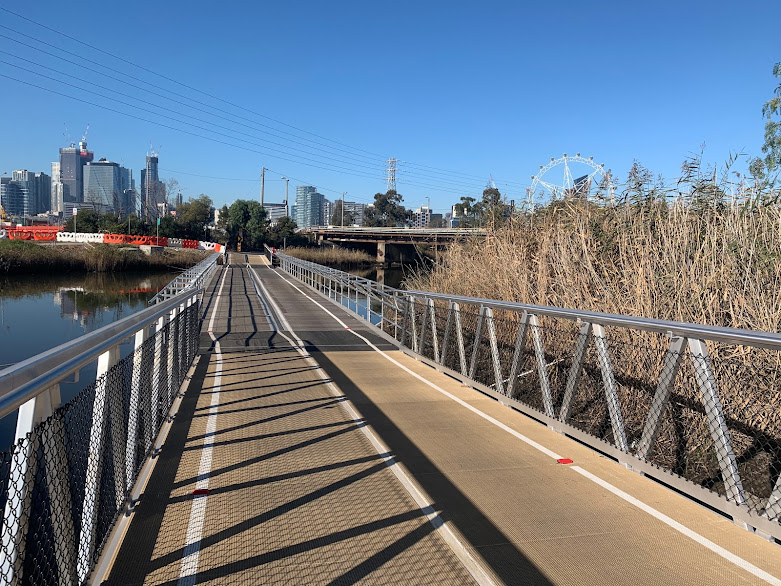 Some bridge or other 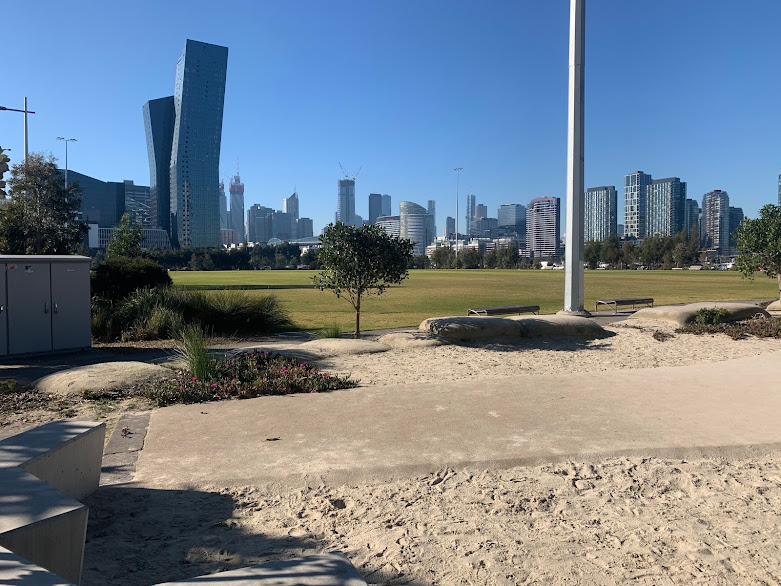 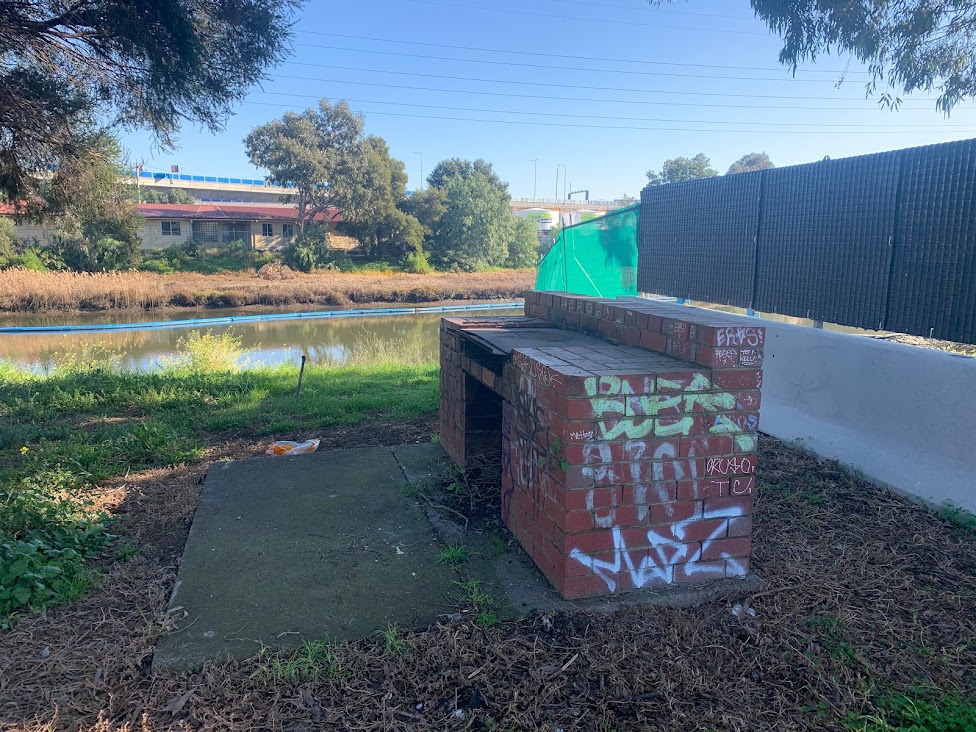 If this barbecue could speak, what would it say?
Which bit would it speak out of?
Posted by David Nichols at 2:16 PM