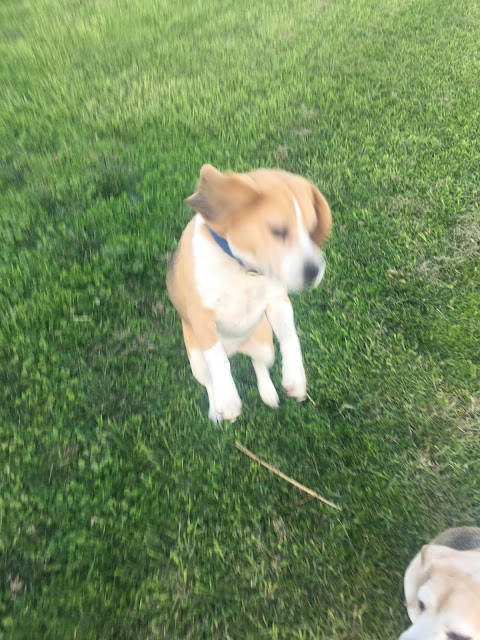 Posted by David Nichols at 8:03 PM No comments:


The Triffids' first five singles present the group between their early, funny stuff (the six Perth cassette albums and the Dungeontapes)and their brief tenure as one of the most exotic and impressive rock bands of the 1980s. Playing these songs in a random order would be a good idea.

The Triffids recorded their Bad timing and other stories EP at AAV studios soon after they relocated, somewhat depressed, from Perth to a couch and a bed in a room in a bohemian 19th century complex in Brunswick St, Fitzroy, walking distance from the centre of Melbourne. They lived near noted synthesiser pioneer Ash Wednesday who, irritated by the hippies elsewhere in the building, would go out leaving his instruments feeding back on themselves, increasing in volume as the night wore on. Bad timing was made for Mushroom, with whom David McComb had signed a publishing deal, and released on the White label. It features a little-known percussionist, 'Le Tan', whose tenure as a Triffid was brief; Martyn Casey made his debut with this release, and also featured in drag in the video for the title track, for no apparent reason.

The other EP in this collection, Reverie, contains 'Place in the sun', a song that would later be rerecorded for the group's first vinyl (but 9th!) album Treeless Plain because David McComb liked it so much. At the time the Triffids recorded Reverie, David's most constant collaborator, Alsy McDonald, had left the band to study dentistry. He was replaced by Mark Peters; Alsy came back in time to be photographed for the sleeve. Margaret Gillard and Will Akers were also briefly members for Reverie. C. C. Mitchell told the readers of Roadrunner that The Triffids were 'what music should be - clever, earnest, non-professional, innovative, original and enjoyable.'

'Spanish blue' and 'Twisted brain' are songs that show two sides to the group. 'Spanish blue' has some of that same quirky spark as first single 'Farmers never visit nightclubs', funny lines melded with a glittering ennui that David McComb would later take further with 'Too hot to move'. 'Twisted brain' is, similarly, simultaneously funny and wry while retaining a clear thread of angst that's as teeny as the early Scientists and as vivid as the early Laughing Clowns. A month before this record was recorded Toby Cluechaz informed Roadrunner readers that 'I have to become a miser with words to talk about their purity… the pop music they play is not only infectious it's unusually smart… lyrics as empathic as they are insidious, harmonies and other idiosyncrasies, humour… a skin of dark shadow.' It was released firstly as an EMI custom pressing, paid for by the band, and then on the White Label.

'Beautiful waste' is The Triffids finding their lush pop feet, a kind of carnival version of 'Being driven'. Its birth appears to have been induced by the success of the Treeless Plain album, but it was a flamboyant and colourful progression from that album. Its brash and garish video was the last time The Triffids would (a la the 'Spanish blue' or 'Bad timing' videos) so radically poke fun at themselves, the world and the idea of making a video all at once. The b-side to 'Beautiful waste', 'Property is condemned', was (like 'Twisted brain', 'Left to rot', and for that matter 'Dead wind') a moodier, more dank proposition, and plainly too good to be a b-side, if you think that denotes diminished status. It reappeared on the group's Raining Pleasure mini album.

'Farmers never visit nightclubs'/'Stand up' was The Triffids' first vinyl release. David McComb liked 'Farmers' better because it was 'zany'; whereas Talking Heads could do a song 'about buildings on fire', he said, his group 'did a song about farmers not being socially accepted at nightclubs'. As well as being zany, it was quirky, whimsical and even camp. David later told Toby Creswell that The Triffids were 'sixty years old when we were nineteen.' But the band's first single can speak for itself.
Posted by David Nichols at 12:30 AM No comments:

charlie barking from the past 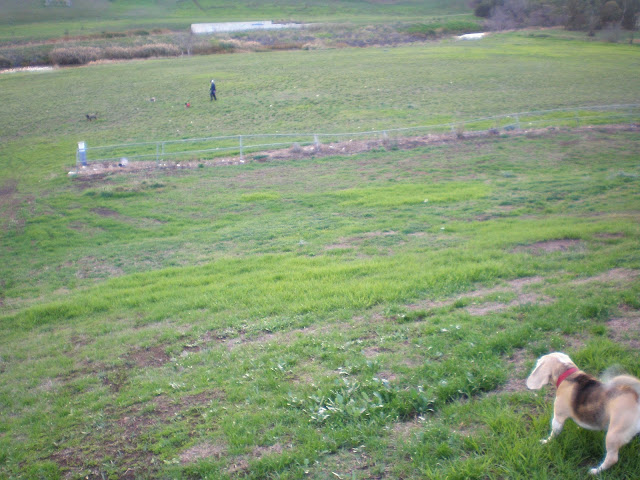 Picture from 19 May 2007. I don't really know what's happening here (well, it's Charlie barking at distant dogs, so I guess I absolutely know what's happening, but the specific context is absent). Nor do I know why this picture was on my work computer for ten years.
Posted by David Nichols at 12:39 PM No comments: