starlight in a puddle

I took the dogs out at 6.30 this morning, much earlier than usual, and as we were crossing the bridge saw what I thought was an early cyclist heading to the city. Oddly at the end of the bridge it stopped and then went on, but I figured, just adjusting his or her apparatus. Its light went on ahead of us for some time then seemed to career off the road and into the grass, lying there. I thought the cyclist had fallen asleep at the bars... then (it was still pretty dark) I couldn't see anything but the light and a black patch. I thought I had imagined it all and I was just looking at starlight in a puddle.
Then it leapt up and ran off. It was a dog with a big light on. Charlie went crazy. It kept a distance of about 250 m ahead of us for the next 20 minutes then disappeared.
I don't know if that's an interesting story or not, but as my grandmother Mavis used to say, it was something that happened.
Posted by David Nichols at 7:19 AM 2 comments:

I can't stand listening to the news at the moment because it almost always seems to be something about Gillard's demise. Instead when possible I listen to a strange stream called The JAMmer which promises 'Decades of Just a Minute'. And that is what you get. A seemingly (but probably not) random selection of constant Just a Minutes over the last 44 years. If it is being compiled, it's by someone with a Kenneth Williams enthusiasm. I think I mentioned a few months back hearing the very first Just a Minute on Radio National. Yesterday I heard a notorious notable episode, from I think 1969, when Nicholas Parsons wasn't the chair but a contestant, and Clement Freud was the chair. No explanation and guess what, not very good. But some (most) eps are sterling. You can access it via the Just a Minute blog listed on the left, and then through one of its links.
It feels guilty, like I've given up on now and want to wallow in then, but that's not really true. It's just that the news right now is so shitty.
Posted by David Nichols at 7:14 AM 4 comments:

Email ThisBlogThis!Share to TwitterShare to FacebookShare to Pinterest
Labels: just a minute

I can't stand people generally, but I'm still uncertain which of the following types I can't stand more: people who educate their children to be scared of dogs, or people who have never told their children not to run up to dogs and thrust themselves at them. Both are awful. That said, both our dogs have been stunningly good the last couple of days with all the people (tykes included) they have briefly 'met'. 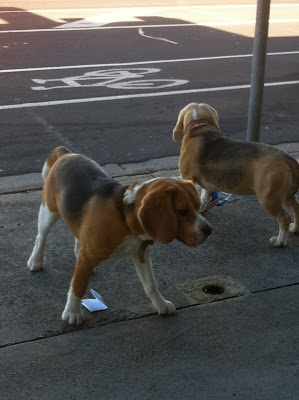 Today and yesterday, I have taken them on quite extensive walks. Yesterday we went through Hadfield (12 km round trip) with stops at the West St shops and the Silver Sage at Glenroy where as we were leaving Charlie got away from me and ran into the kitchen. Today we went to Strathmore in a train-walk situation, where we walked the equivalent of almost one way to Strathmore (7 km). On the way back Charlie drank deeply from a puddle. 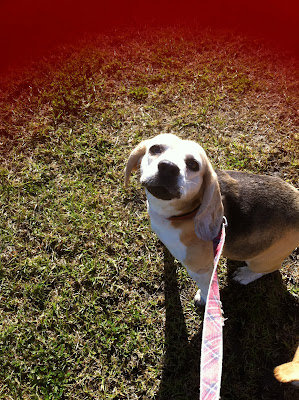 Then she threw up and then drank a whole lot more from the same source.
Posted by David Nichols at 1:21 PM 1 comment:

Oops, someone mistyped. Sack them. I blame the education system. 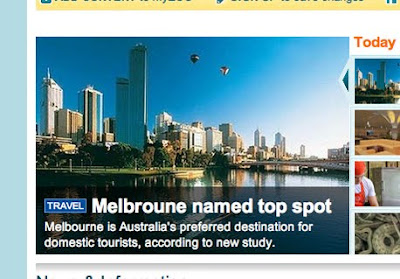 Posted by David Nichols at 1:43 PM No comments:

Email ThisBlogThis!Share to TwitterShare to FacebookShare to Pinterest
Labels: not funny

The previous post has a whole lot of comments that might look a bit obscure without acknowledgement that my book The Bogan Delusion with pictures by Mia Schoen is out now in bookshops. Clever people have been tracking me online to this blog. I am recording a diary of my responses to the publicity whirlwind but not ready to publish just yet in case it queers the pitch! You might hear me on the radio or something in the next few weeks, enjoy, or not...!
One podcast of recent radio appearance here (Life Matters) another here (Jon Faine).
Posted by David Nichols at 8:36 AM 7 comments:

Email ThisBlogThis!Share to TwitterShare to FacebookShare to Pinterest
Labels: bogans

I got on a bus yesterday and the validator had an old ticket jammed in it with the back of the ticket facing out and someone (presumably the driver) had written on it, 'not working - sorry' only instead of 'sorry' it was 'sorr' with a smiley face where the 'y' should have been.
So, do we now pronounce smiley face 'ee' like someone says 'ee' when they have a fixed grin? That's my question for today.
* two and a half weeks later: another similar scenario but no smiley, just the words 'no working' and an asterisk
Posted by David Nichols at 5:30 PM 10 comments:

Email ThisBlogThis!Share to TwitterShare to FacebookShare to Pinterest
Labels: smiley you're off to the asian war