Tonight after a shitful day at work (but Fridays are always shitful) I designed Biltong's album of robot-themed songs which was a hit in some hypothetical past world. It was meant to be a tacky album of joke near-covers, so I had to get a lot of text onto the cover. I got this far with a version when I thought NAH 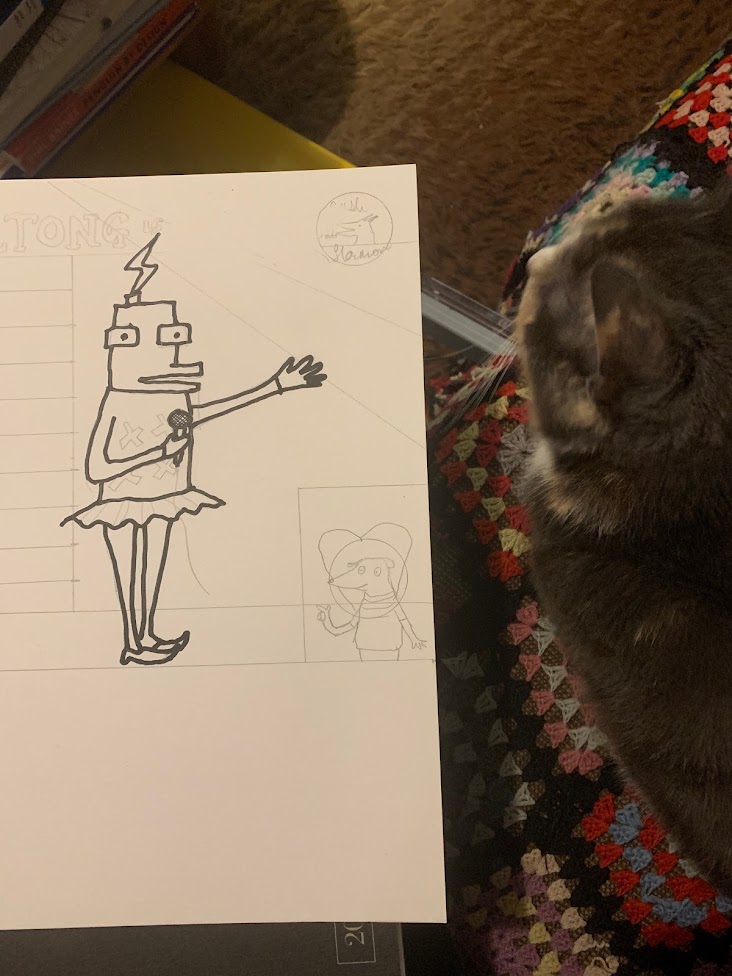 This is half way to a finished version which hopefully will look better when I rub out the pencil and add some greys. Biltong is a little generic and not doing anything on the cover but making her do something would actually I think have gone beyond busy and into overly complex terrain. My favourite of the joke song titles is 'This Wheel's on Fire', although 'I Want to Hold Your Handle' isn't bad. Happy birthday Paul McCartney by the way, 78 I think today. 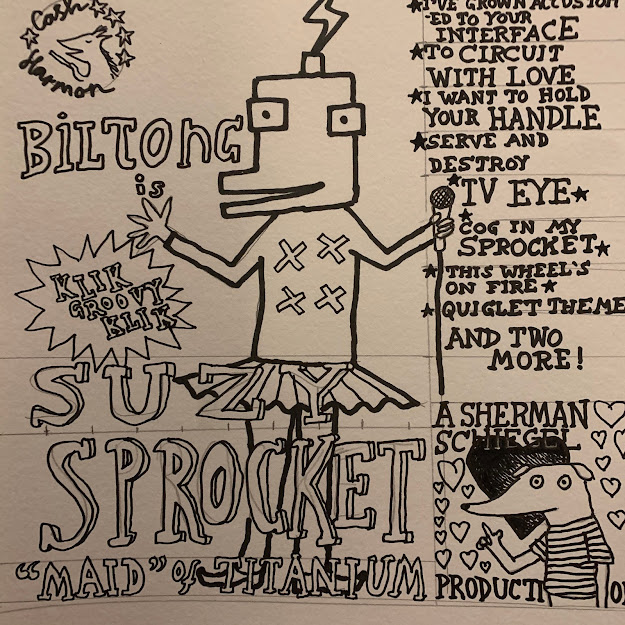 It is my plan to do a lot more drawing tomorrow and I hope I can because I'm enjoying the results.
(By the way I have had a lot of thoughts about whether all the writing in the graphic novel's world is that serifed text or not. I think it might be although as you can see (for instance in Biltong's name, and the handwriting on the record label logo in the top left) I kind of drifted away from my resolve.)
Posted by David Nichols at 12:28 AM