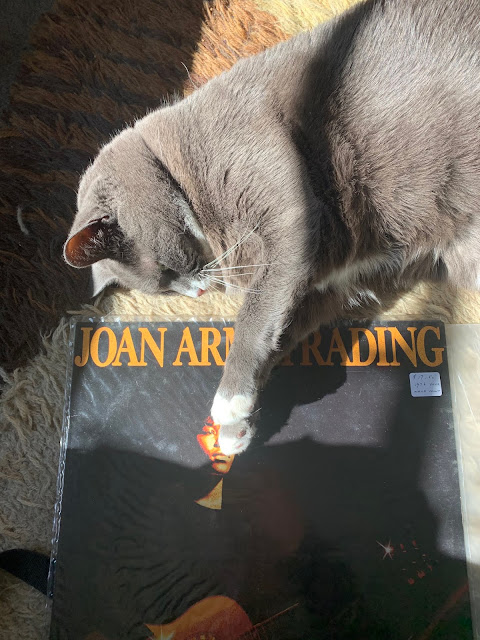 Oddly enough while I have expanded my Joan Armatrading LP collection from 0 to 10 albums in the last six months, her second, self-titled, album has eluded me until now. The weird part of this non-story is that this is the one that somewhere in my head I really know, as we had it in our house in the 1970s, probably roughly around the time it came out. So, while I was nominally aware of Joan's (yes we are on first-name terms) singles up until the mid-1980s, this is the album I have almost certainly heard in full over and over again at the time my tiny mind was forming, like a little transistor. It's the album with 'Love and Affection' on it, which I imagine was probably her first hit, and I always thought it was good.

Listening to it again now, I am having that weird response where it seems just that much richer and more resonant, because somewhere in your head you're going 'yes, that's right, that is how it should be'. Either that, or it's just the right kind of slightly jazzy 'smooth' rock-folk-pop that has regained respectability after a long, long time in the wilderness occasionally peering at the lights of Good Taste through the parted-back branches and thinking 'is now the time to reveal myself?' But it never has been.

I can only know how I reacted or responded to music when I was 10+ by a process of elimination. So there's pedal steel on a song on this album* which probably meant nothing to me whatsoever at the time - I would have just taken the track as a whole, all components, let it 'tell the story' or whatever, fitting into the category of 'this is a pop song, it comes in sequence' no real understanding of individual instrumental contributors to the track, and so on. The slide guitar now makes me wonder whether there's a commentary involved. I mean surely there isn't. I mean maybe there is? Young black woman working in popular music in the early to mid 70s. Does slide guitar (U.S. country rock) have a subtext to it? If Sam Prekop (completely random artist I pulled out of the air) put a slide guitar on a song, there'd be a subtext, but he's already American. I am only guessing that Joan A. had to endure a lot of being-told-what-to-do in the studio early in the piece, that she had enough shizzle going on maintaining her privacy and creating a public persona for which there were few precedents - who knows, maybe someone put the slide guitar on after they'd sent her home for the day (no disrespect to her, but I bet there was plenty of disrespect to her at the time). (Or maybe not. I have heard from a few women who were young and prominent in the 1950s-60s that they were always made to feel welcome and valued in their chosen sphere - I'm imagining when they weren't so much of a threat to the status quo, but more a novelty showing how enlightened everyone was). (Let's face it, I don't have a fucken clue).

So now when I finally get ahold of the first JA record, I'll have a complete run of albums up until, um I think Secret Secrets (christ what a name) not that I'm a collector or anything - they are scum. 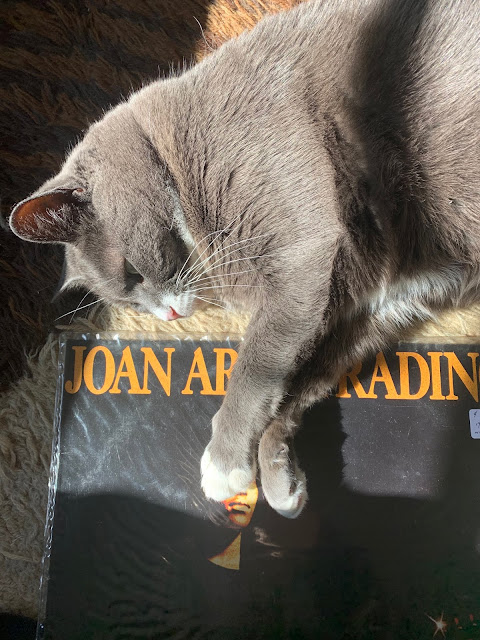 * On 'Down to Zero'. It is played by B. J. Cole, whose first album a few years earlier was The New Hovering Dog, which I am drawn towards because of the name only. He has also played with Björk and Scott Walker, which is more than you can say (about yourself).
Posted by David Nichols at 5:30 PM