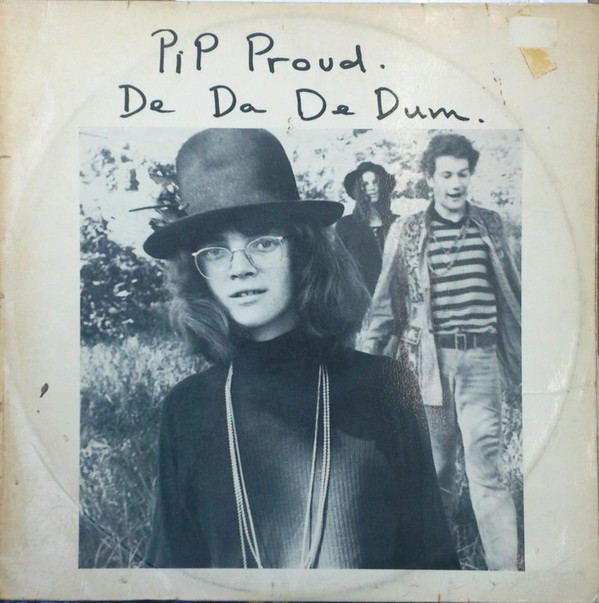 Half a Cow are reissuing the pure original De Da De Dum. Nic Dalton kindly sent me a copy of the test pressing and I'm listening to it now. Just one more time I am extraordinarily and uncategorisably staggered by the brilliance of 20-year-old Pip in I guess 1967, an absolute exceptional original, stream of consciousness, funny, awkward, irresistible. This is absolutely the Pip I knew thirty years later, except this young man had every reason to believe he was going to tackle the world, too, whereas the Pip I knew was happy to have cigarettes and alcohol.*

1967 Pip was a more complex person than anyone knew and I also know, because I got bits and pieces of real reminiscence occasionally revealed in his late period drunken ramblings, had a truly horrendous childhood. For example, he told me he was sexually abused by a family friend for much of his childhood (one of the songs on this album is in part about that) and that when he told his mother about it she said 'I thought that's what was happening' (and did nothing to stop it).

I honestly don't know it's even possible to say that this album and the others that followed were from the heart. I think there's an element of Pip where he was very ambitious and just hoped to get famous from his quirky wordplay and delivery. I think he was also genuinely grappling with some ideas here, too, and pushing the envelope. There is also a chance that (as people around him have told me) in his head he sounded like Buddy Holly. He was competing with his brother and others in their social circle to be relevant and interesting - it's not easy, and indeed it must have been virtually impossible in late 60s Sydney if you weren't, I don't know, the fuckin' Executives or Russell Morris.

Anyway. A truly brilliant original album and as for Pip - you were such a manipulative person** Pip but at the same time so easy to keep happy and such a lovely, lively mind, I do really miss you.

* Although he also wouldn't have minded regular sex and the chance to keep making music. And the respect and love of his children - some of them totally got him, some of them were alienated by, he would say, their mothers but I am absolutely not going to speculate on the truth of that, probably not even really calculable.

** I feel very bad saying this but my complex feelings come from the difficulties of dealing with an alcoholic. It's a disease so it seems wrong to say Pip was manipulative.
Posted by David Nichols at 11:27 PM