Summer Gold: Mona Lisa and Terry Young 'I Wanna Make It With You Tonight'

As mentioned a few days ago, Karen Dewey's Marcia Hines biography gives Ooh Child pretty short shrift but does mention tension generated by Robie Porter's attempts to put Mona Lisa and Terry at a comparable billing to Marcia. This went as far as the unusual step of putting at least one song featuring the duo on Marcia's album and then releasing it under their names as a single, released mid-79 and hitting the top 20 (this youtube clip says number 19, my source - the Barnes/Scanes Top 40 Research - says 14).

I note without interest that the wikipedia entry for the album omits the single's chart status.

Apart from the odd politicking behind its release, what can we say about the song? Only that it cunningly combines two things every teenager in 1979 adored - sex and drugs - in a confusing metaphor that produced symptoms of dizziness and bafflement not dissimilar to a toke backstage at the blue light disco. I wonder if they ever done it. Terry's enigmatic smile suggests maybe yes. 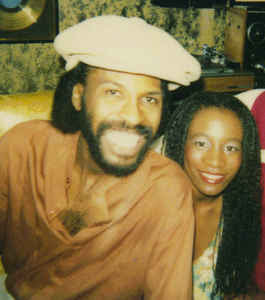 Posted by David Nichols at 1:47 PM