The fence was being fixed at Lorraine so I took the beagles to Heathcote, where my father has a weekender, for the... weekend. It's really more Mt Camel than Heathcote but we tend to call it Heathcote. 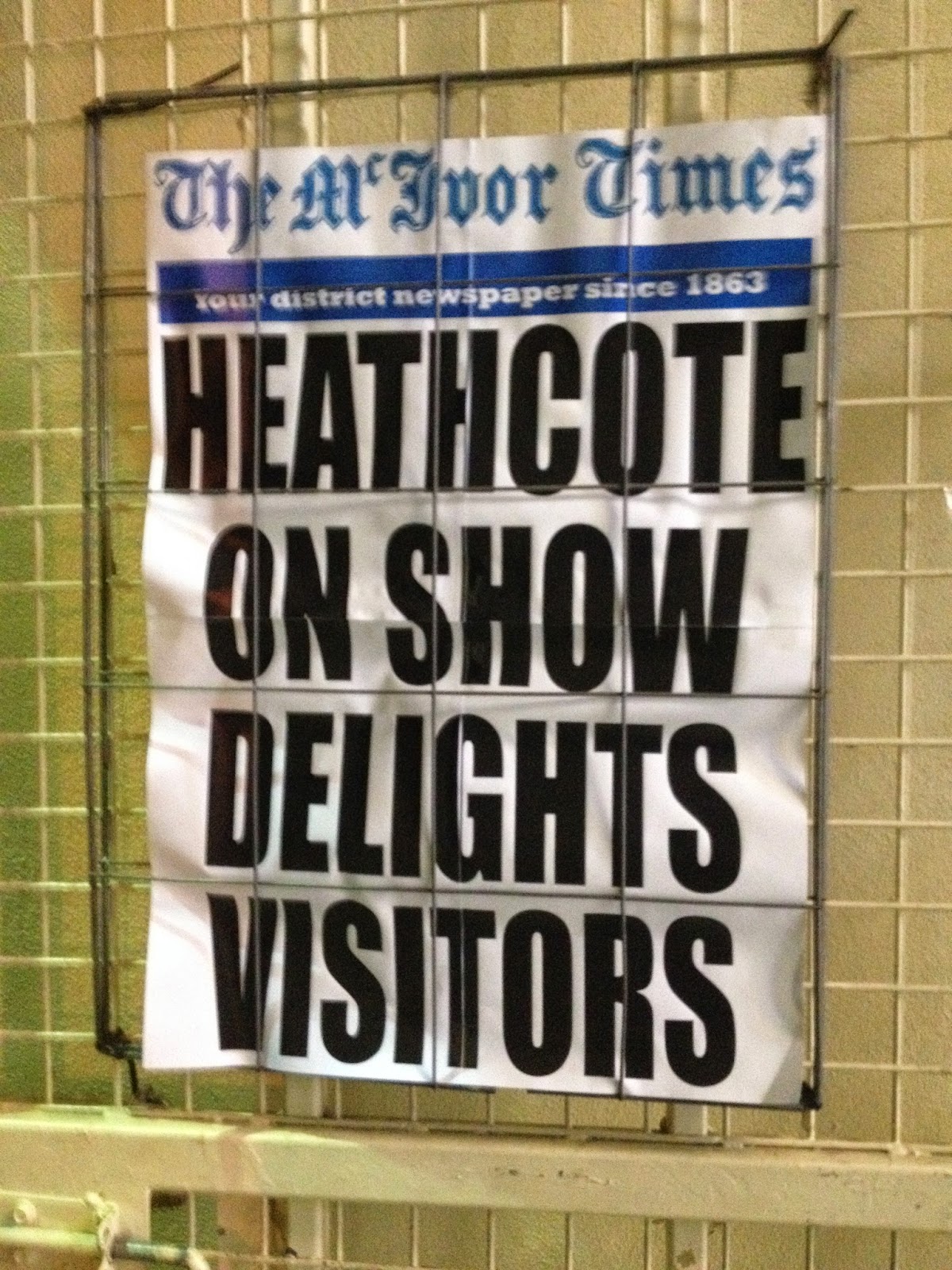 Graham and Tanya have two whippets Bess and Harvey Bess is the dominant one and wasn't taking any crap and only kind of liked having Barry and Ferdie around. Perhaps didn't like it at all, hard to tell, but whippets are such sweet natured creatures even when they're being shitty it's benign. 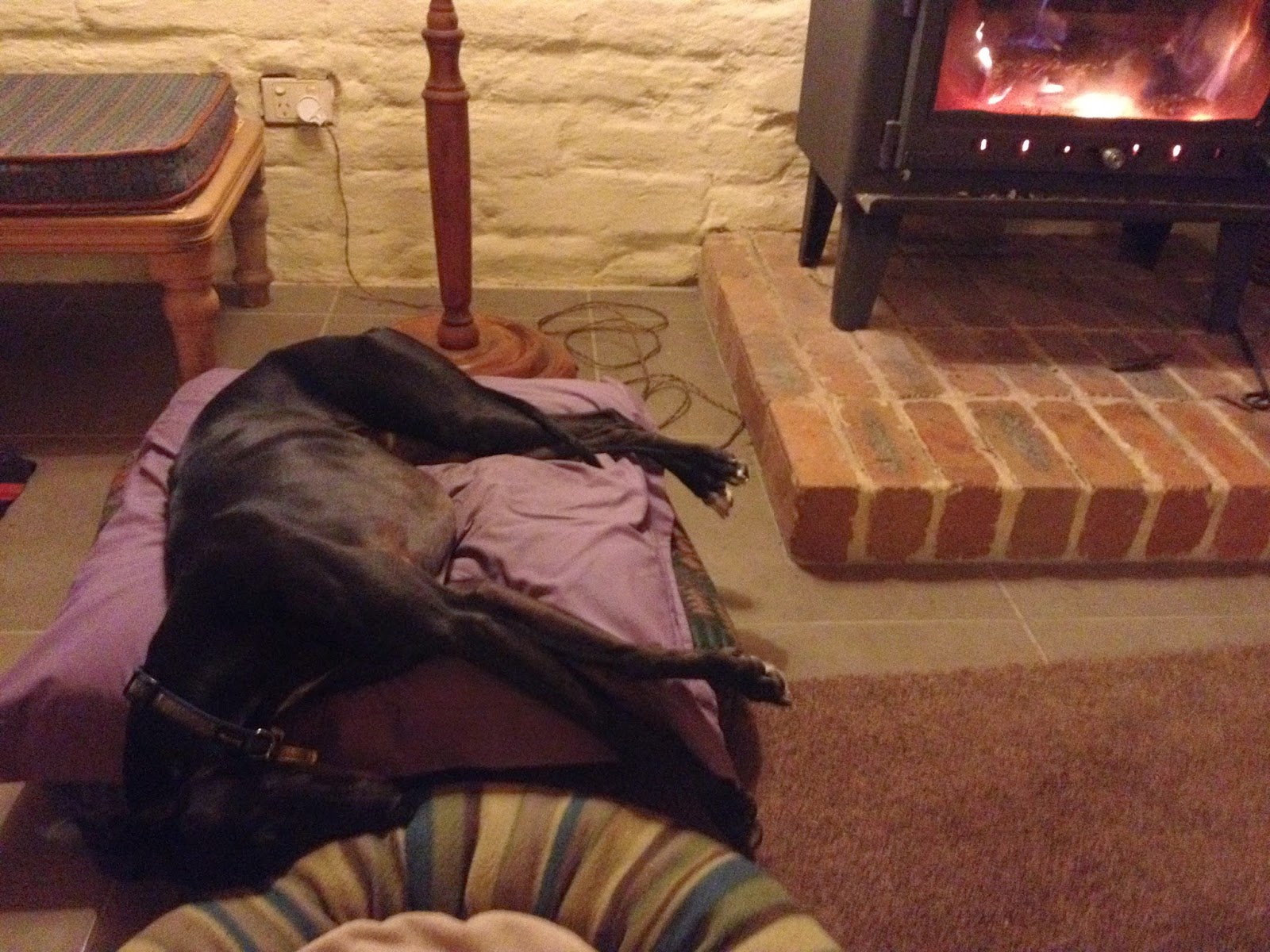 Above is Harvey sleeping on his very nice pillow set. 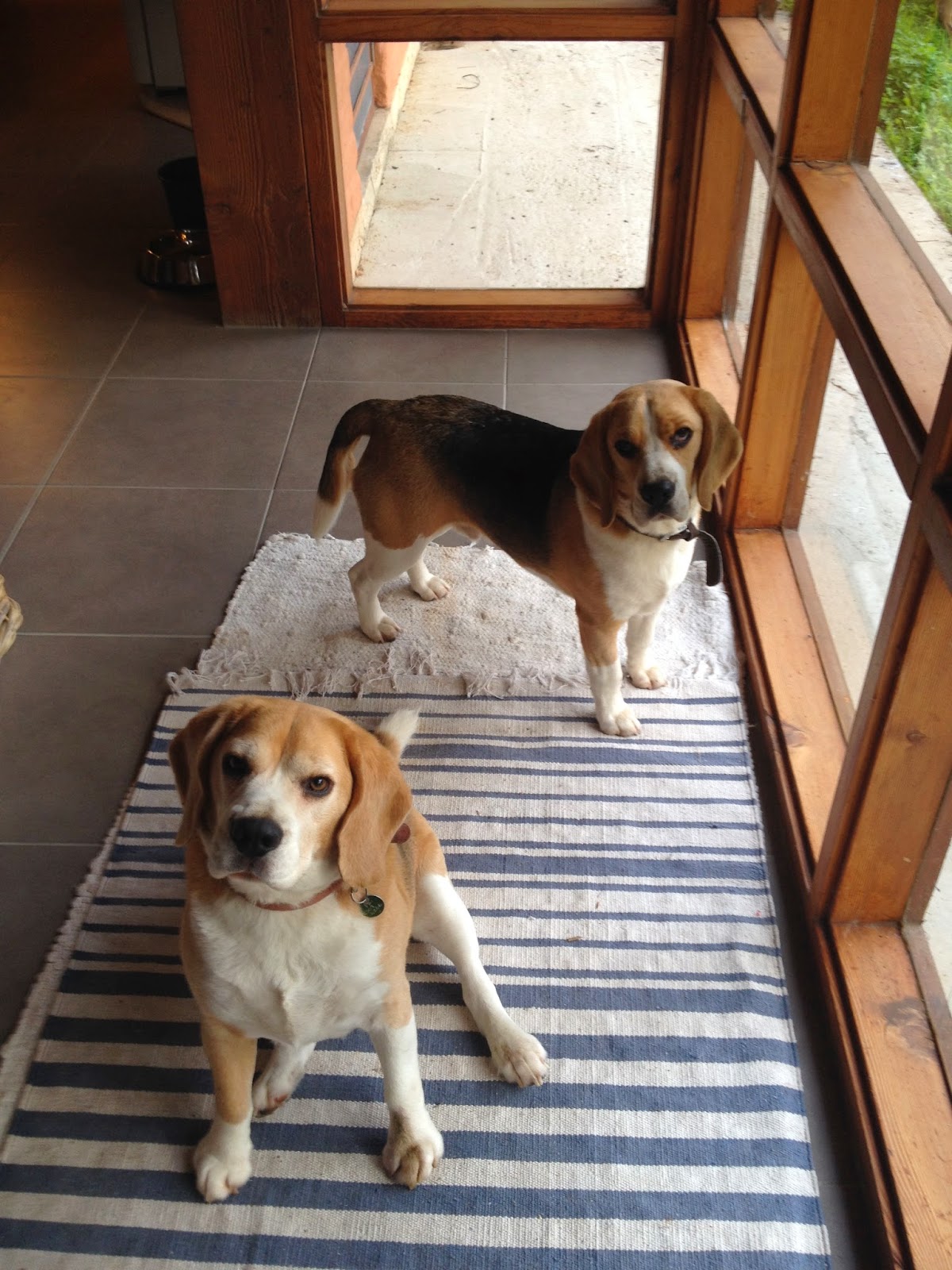 Barry and Ferdie were kind of a bit uncertain about being in a place with so much to surveil. They were eventually lulled by this window situation though when beds were put there and the sun streamed in. 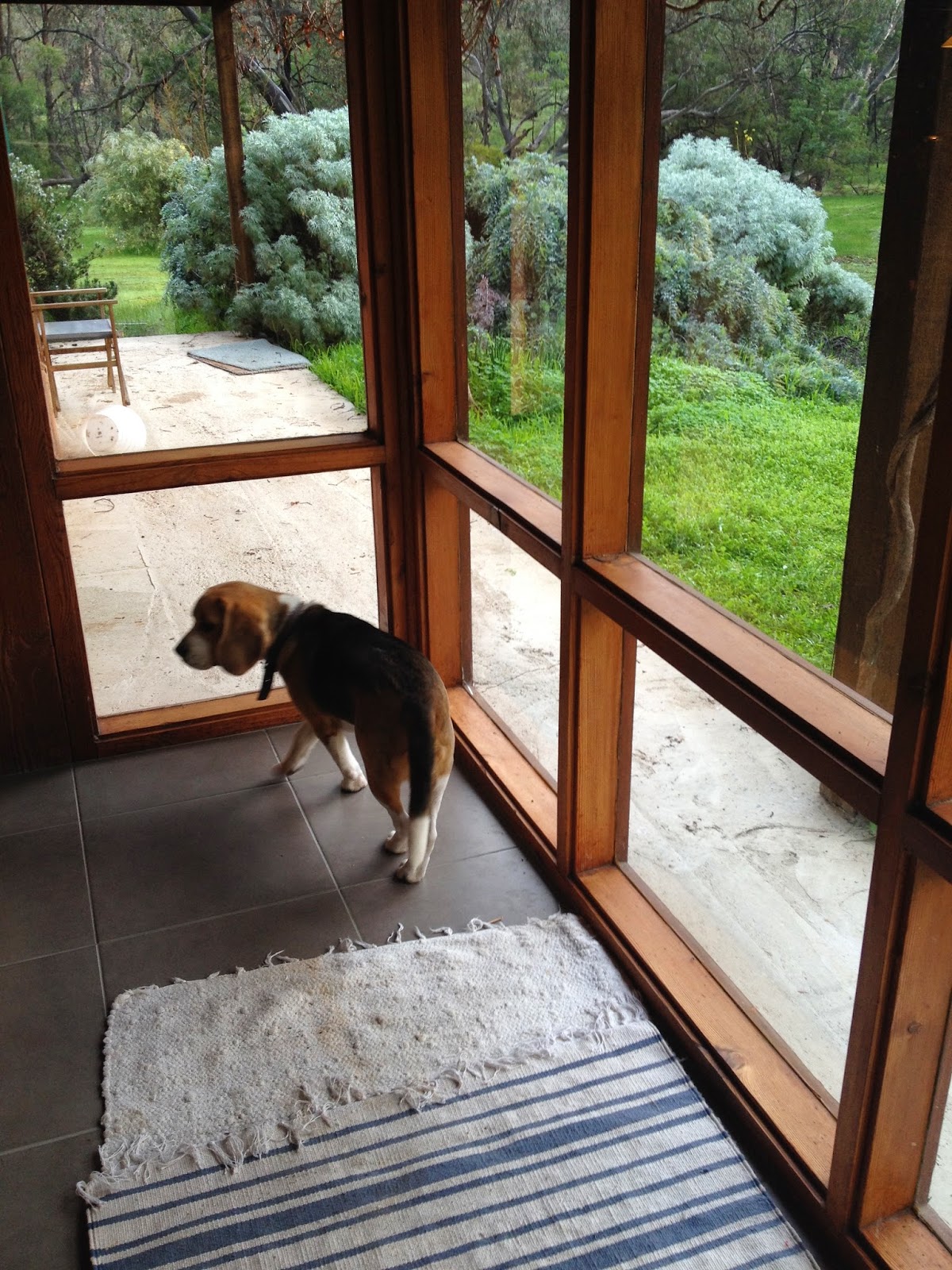 This is Graham and Tanya putting a corrugated iron ring in place I think for a raised garden bed. 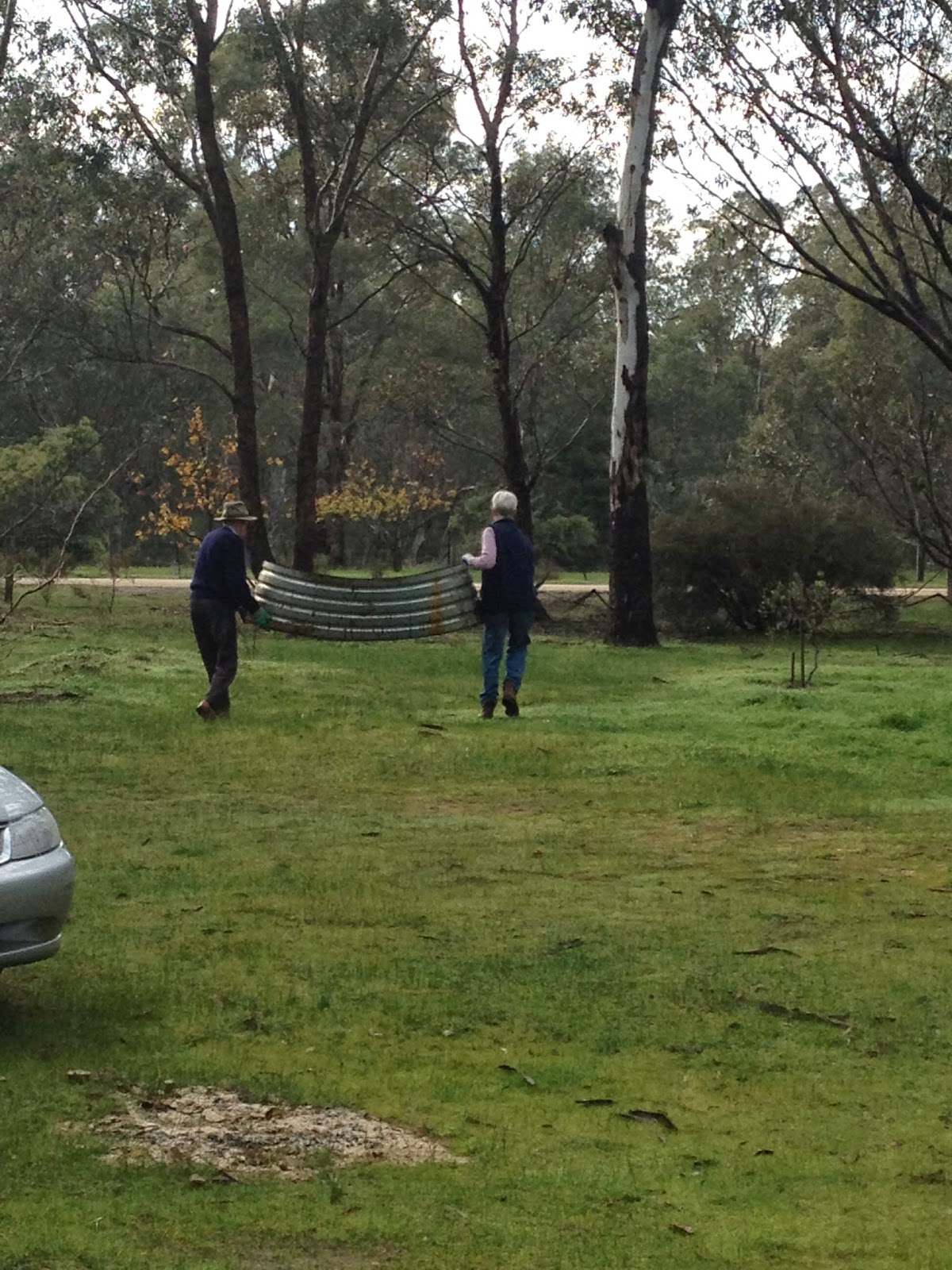 Barry and Ferdie are usually totally blasé about me and pretend that their motto of sniff snack and snooze is the one to live by but any time they were left inside alone they were like 'where's daddy' which i have to say I had mixed feelings about. 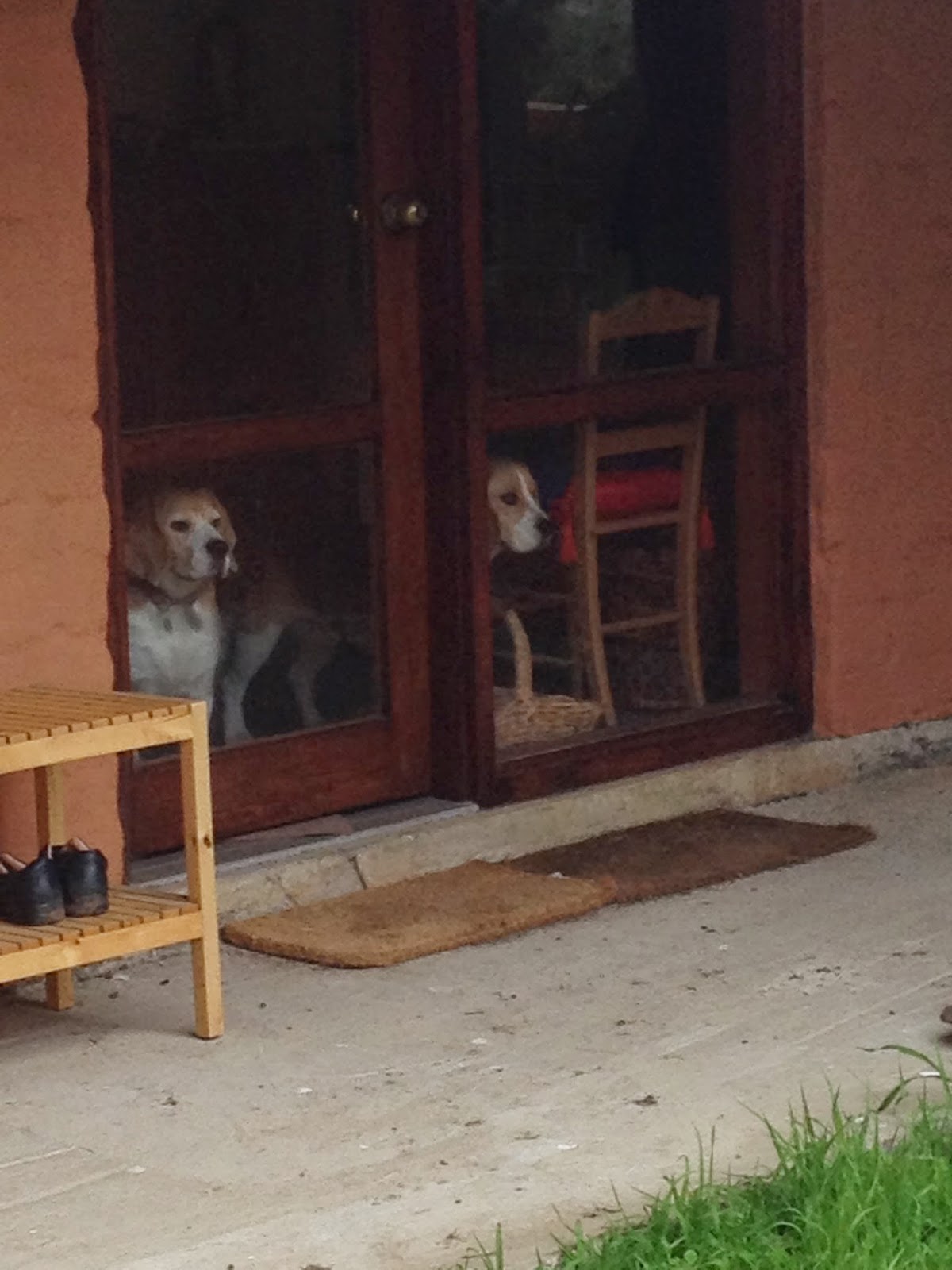 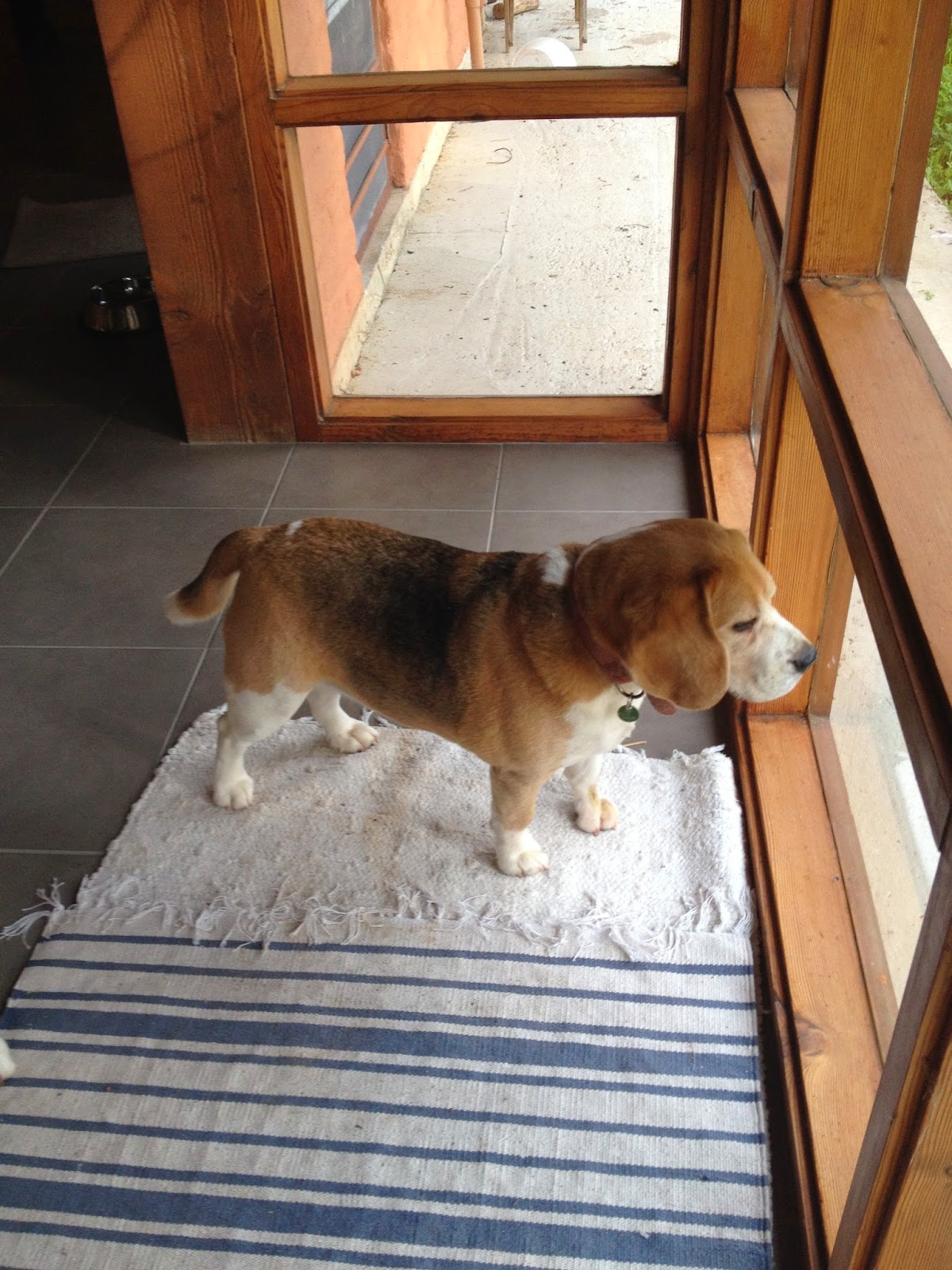 After a long time in each other's presence the boy dogs started playing like this- the slamming of the front paws on the ground to each other. It's pretty macho stuff. 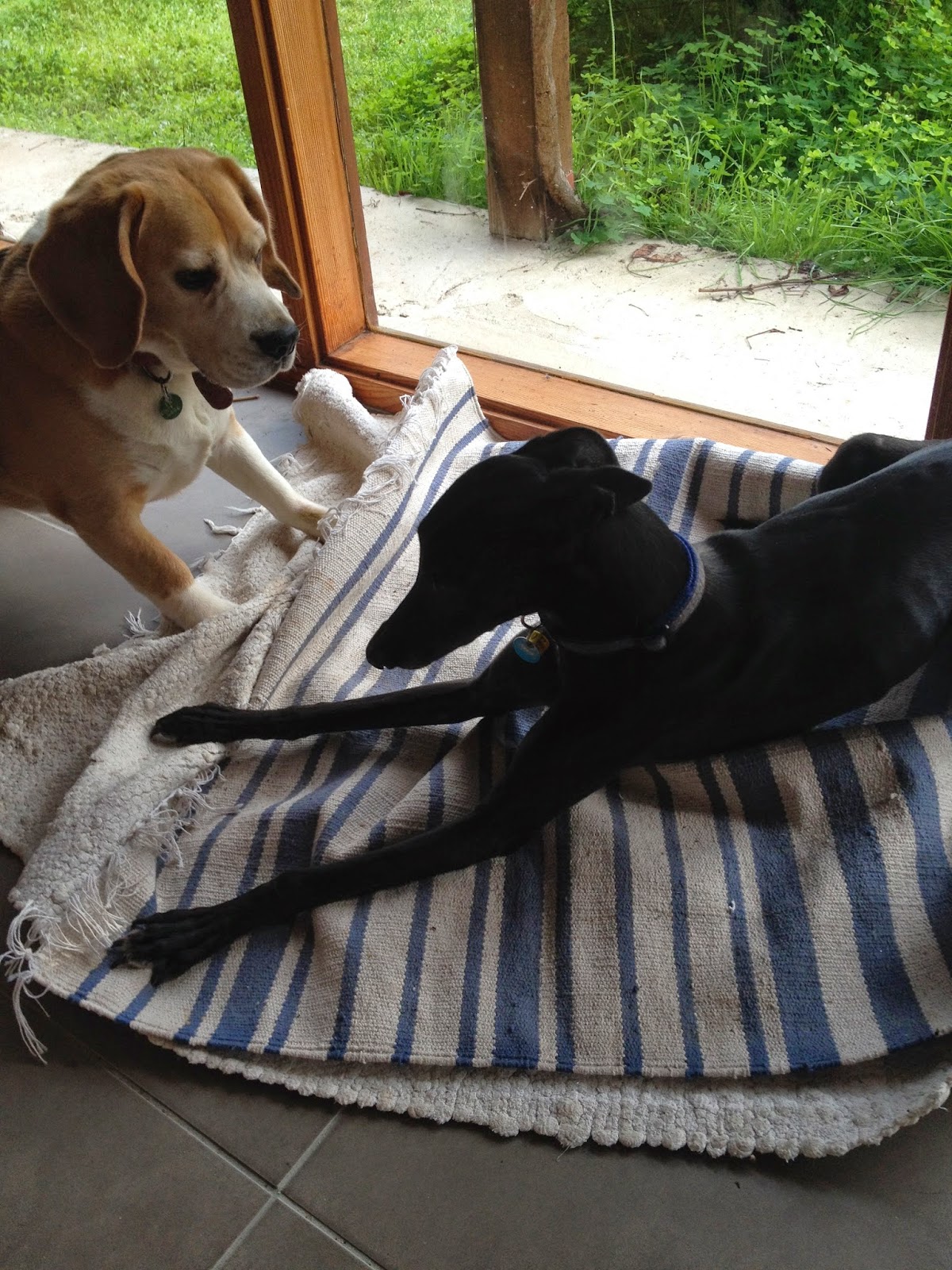 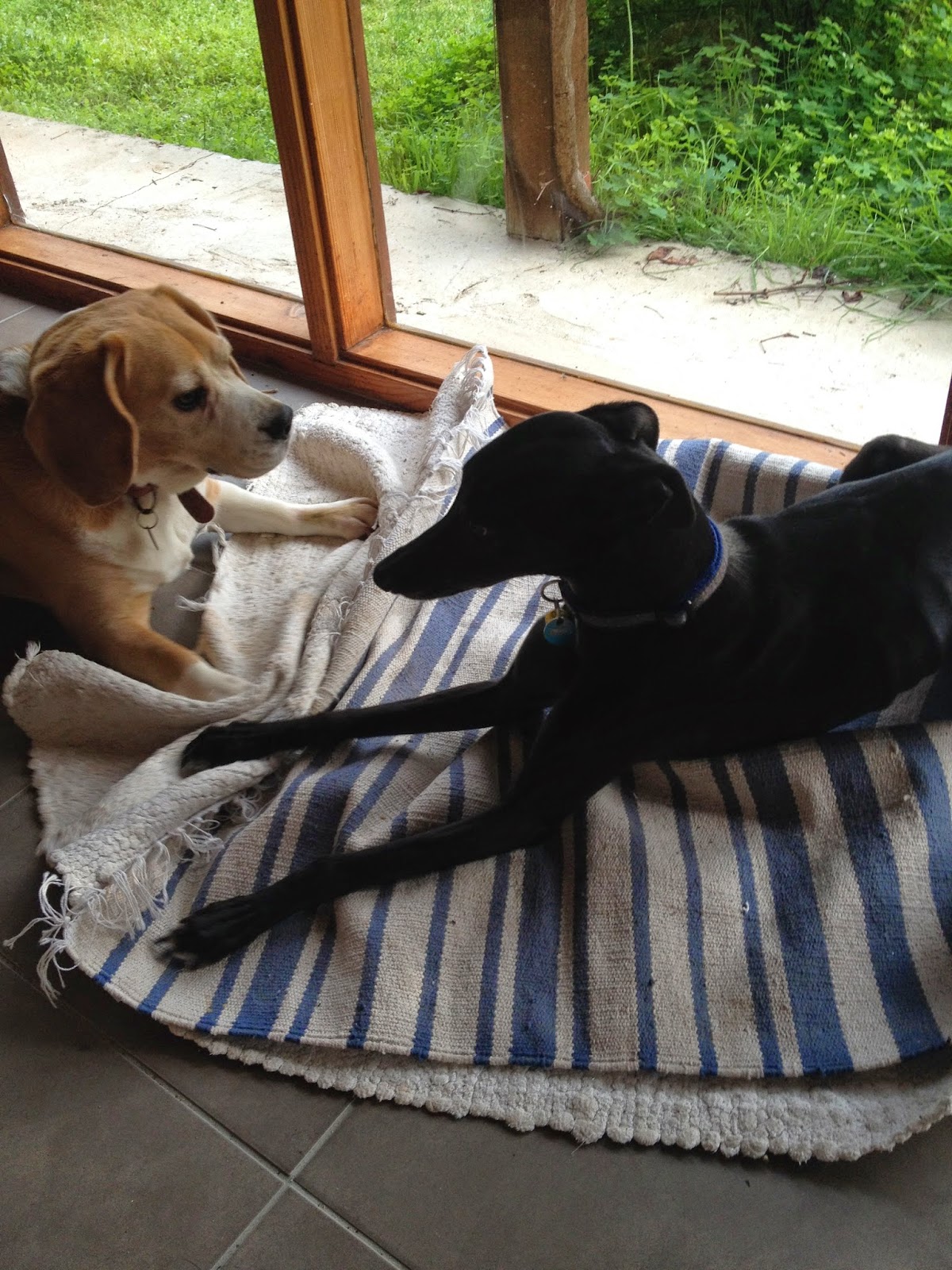 Then we went for a walk around the property this is Ferdie in the creek drinking brown water. 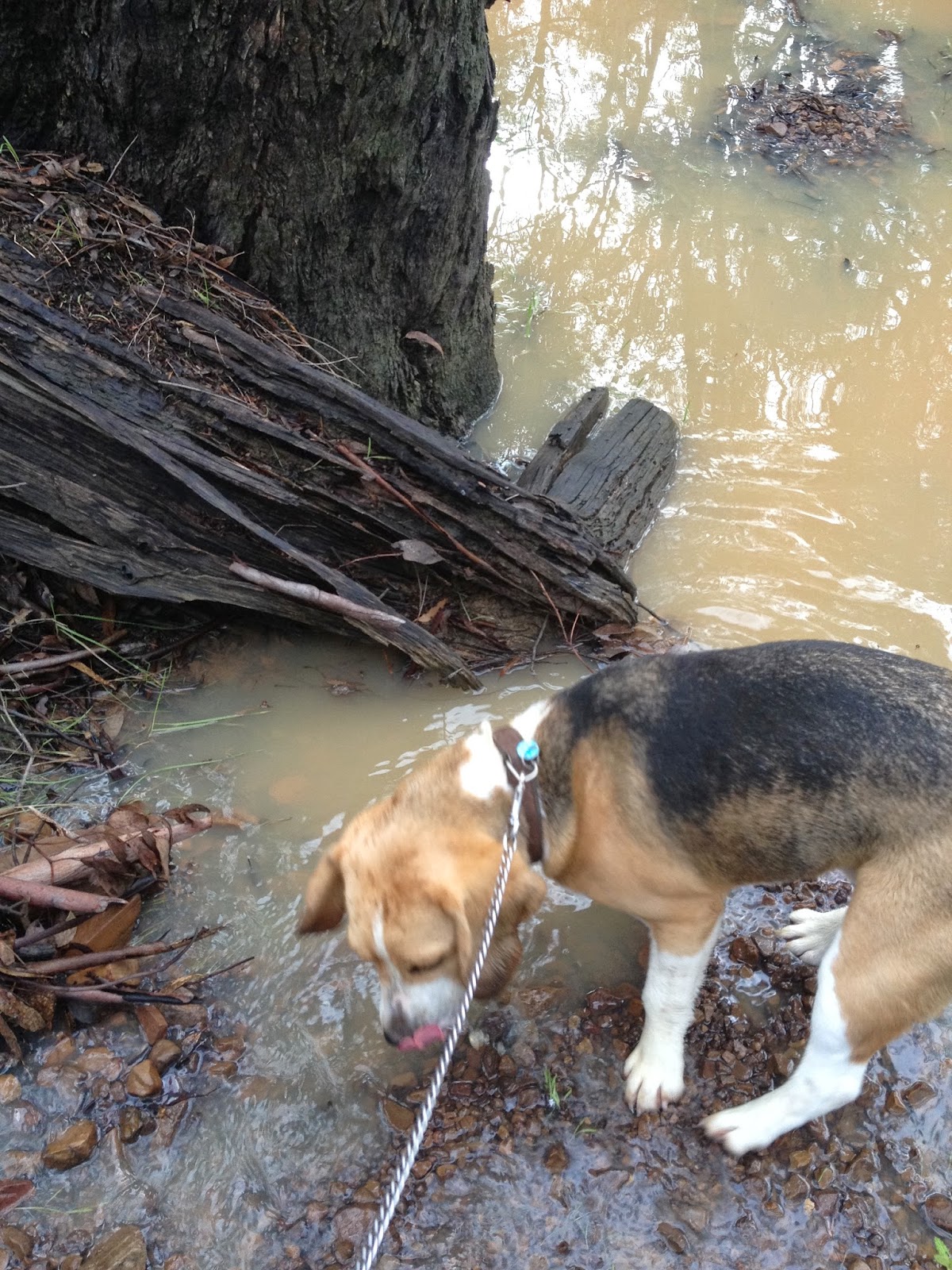 My father told me that when my sister Nicola was 9 she spent a whole day here making this monument. He also told me at one point he tried to set fire to it (now I'm writing this down it all seems much stranger than it did at the time). I think I'll write a poem about this instead of a photo caption. 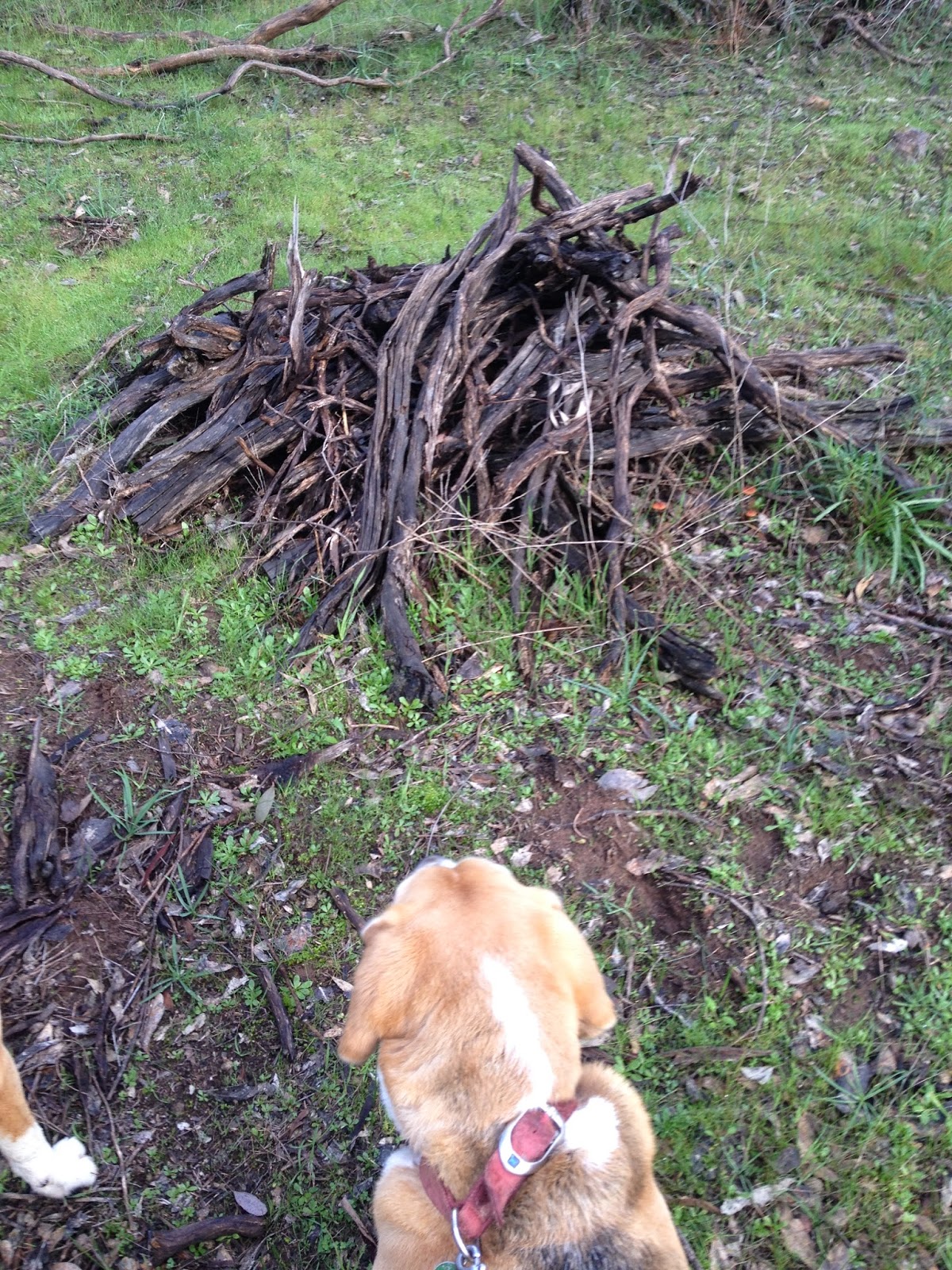 Here is Bess interposing herself between the beagles. 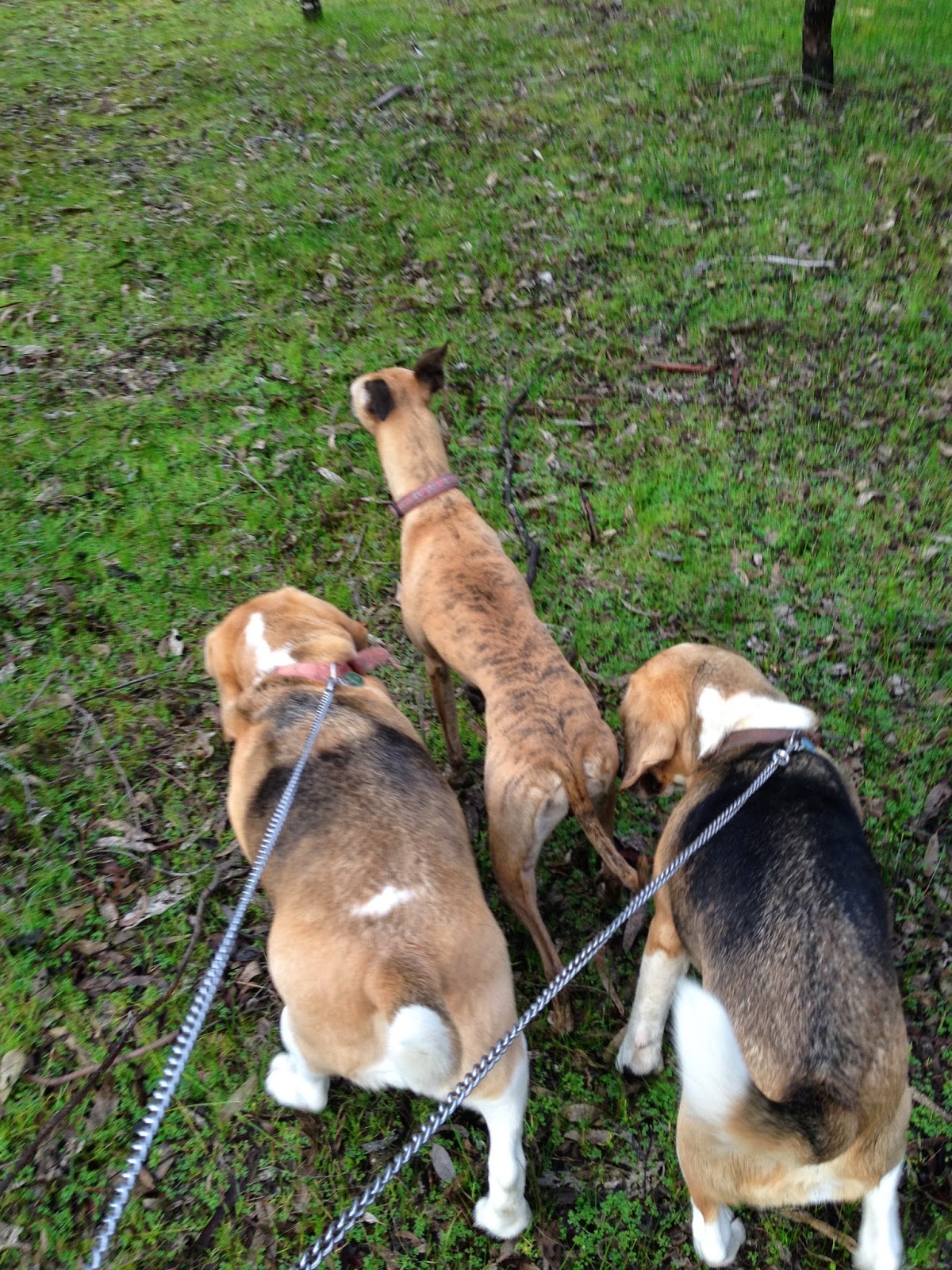 This is my father Graham amongst his trees. 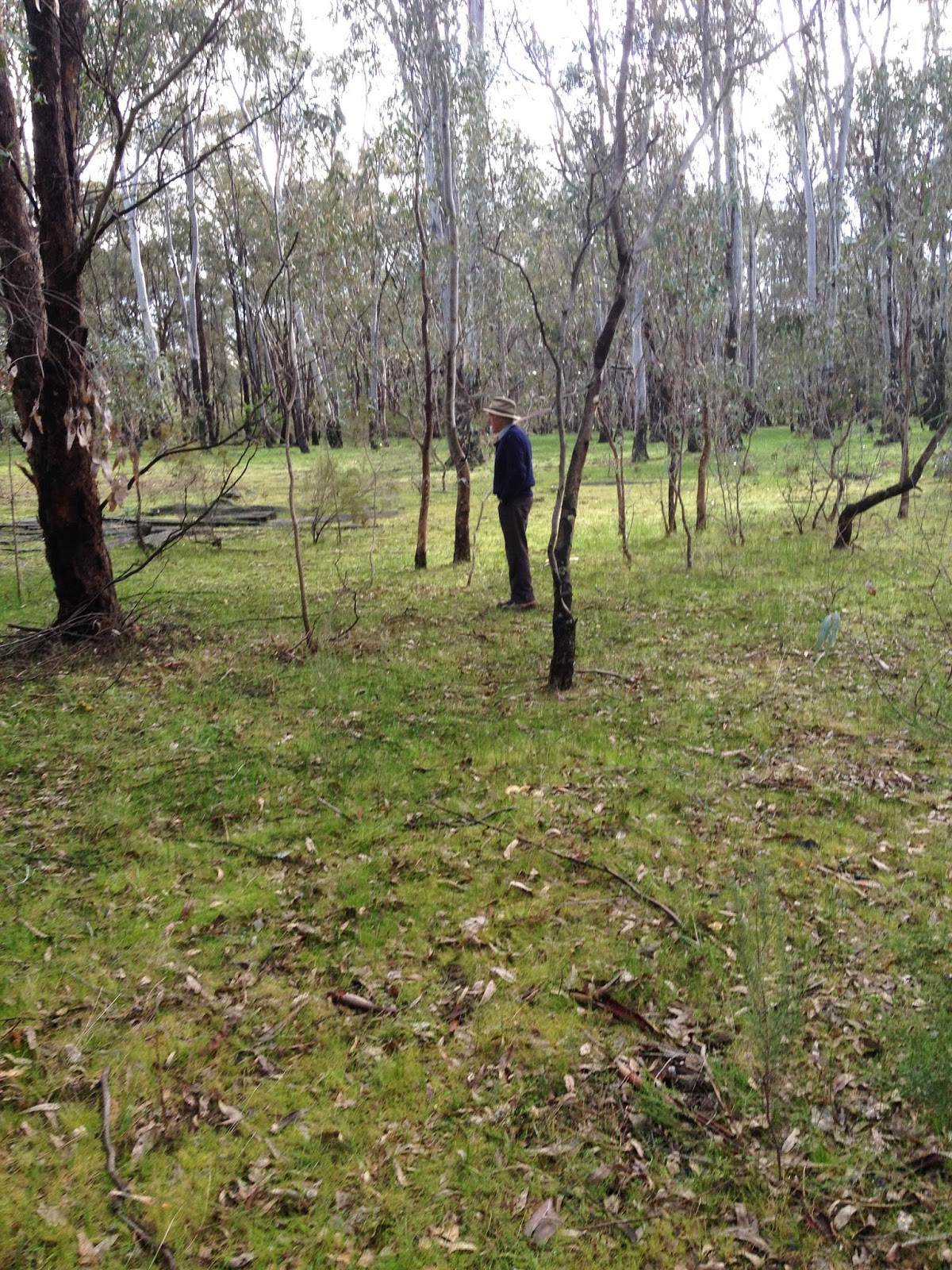 Horses on the adjoining property. 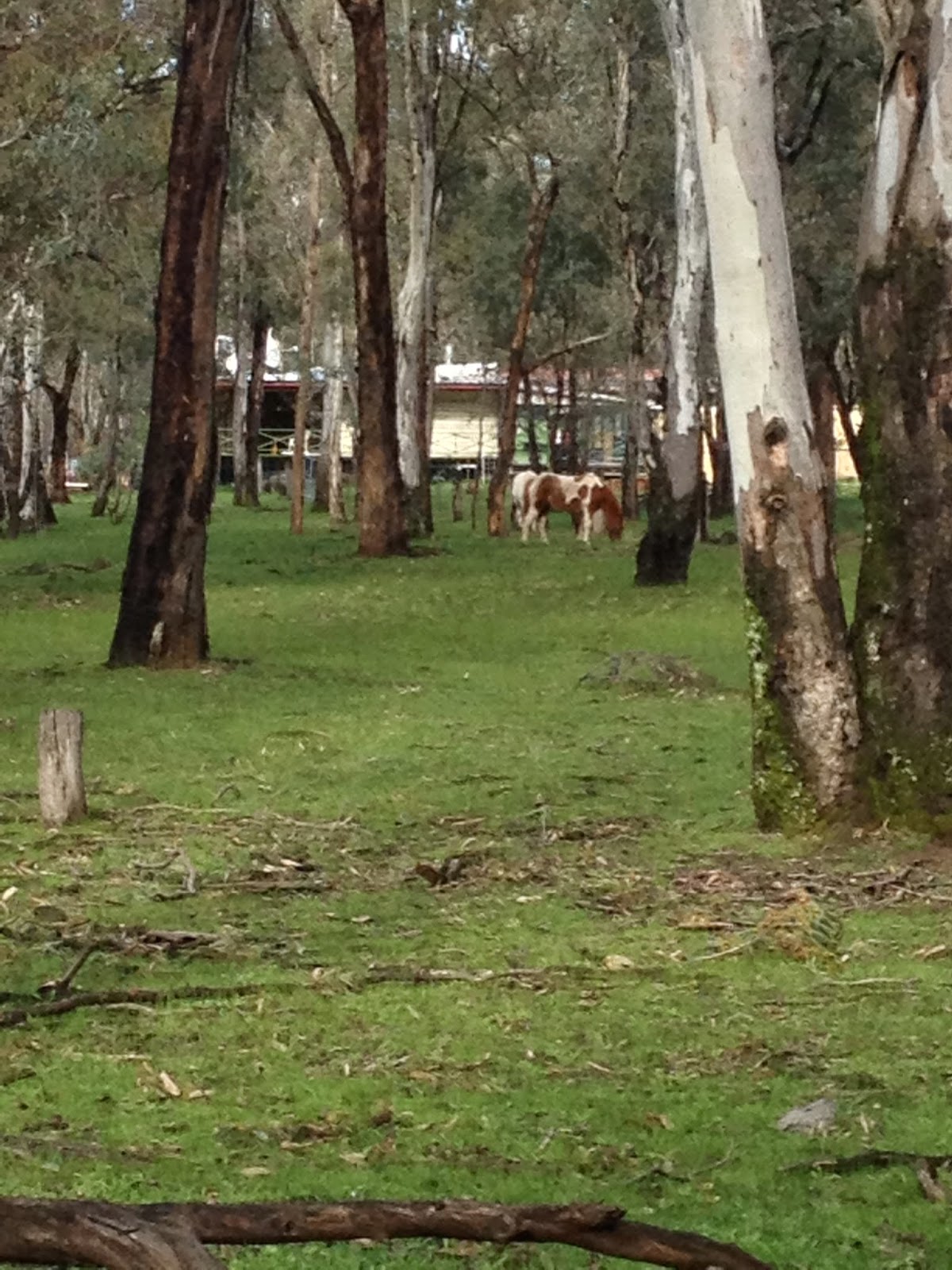 This is us going home. I opted to go via Elmore to visit Elizabeth Taylor at the house she has there. This is Barry and Ferdie listening to Red Crayola's Soldier Talk, my favourite album of all time. 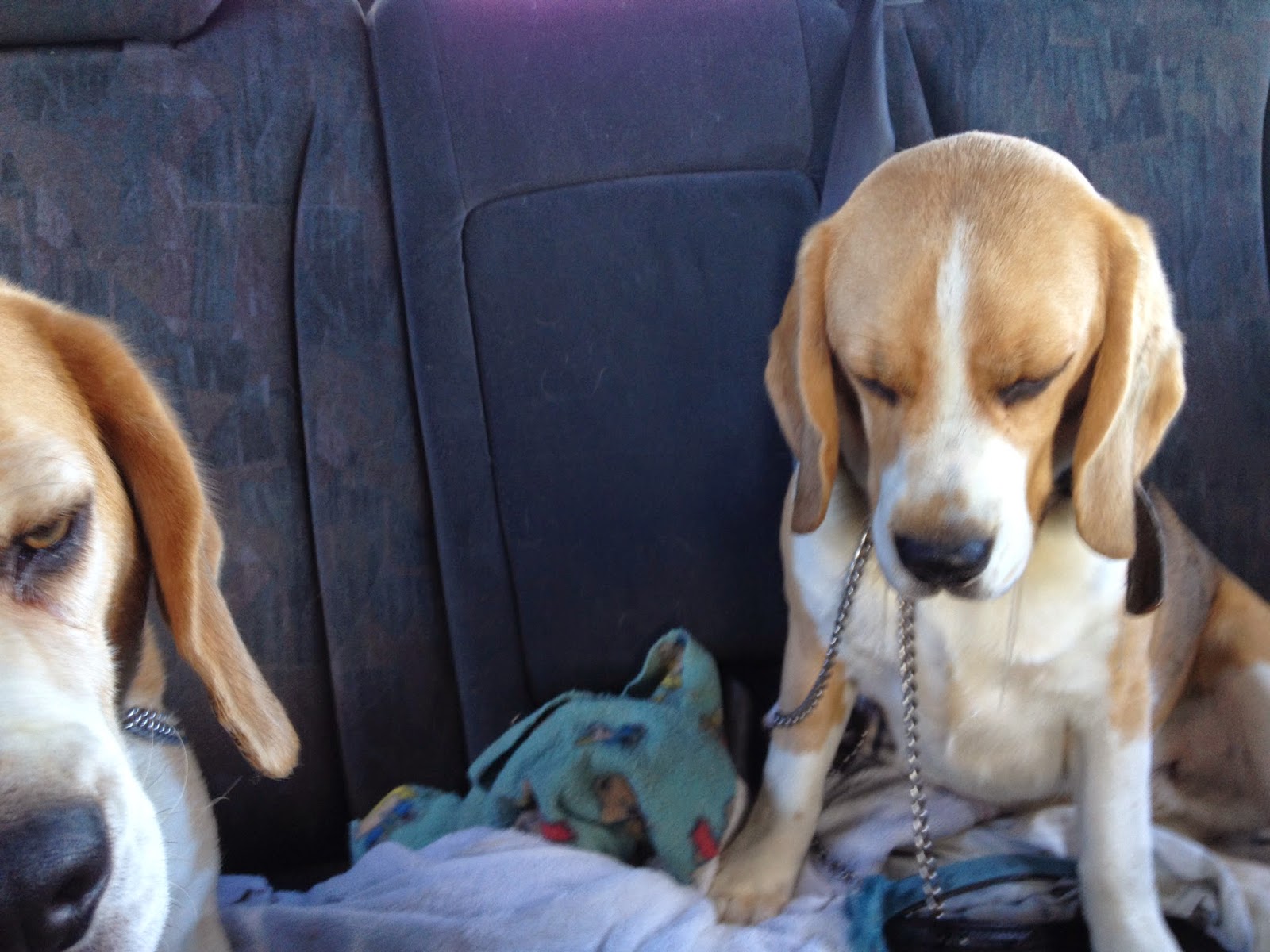 The view out the windscreen. Started raining very soon afterwards. 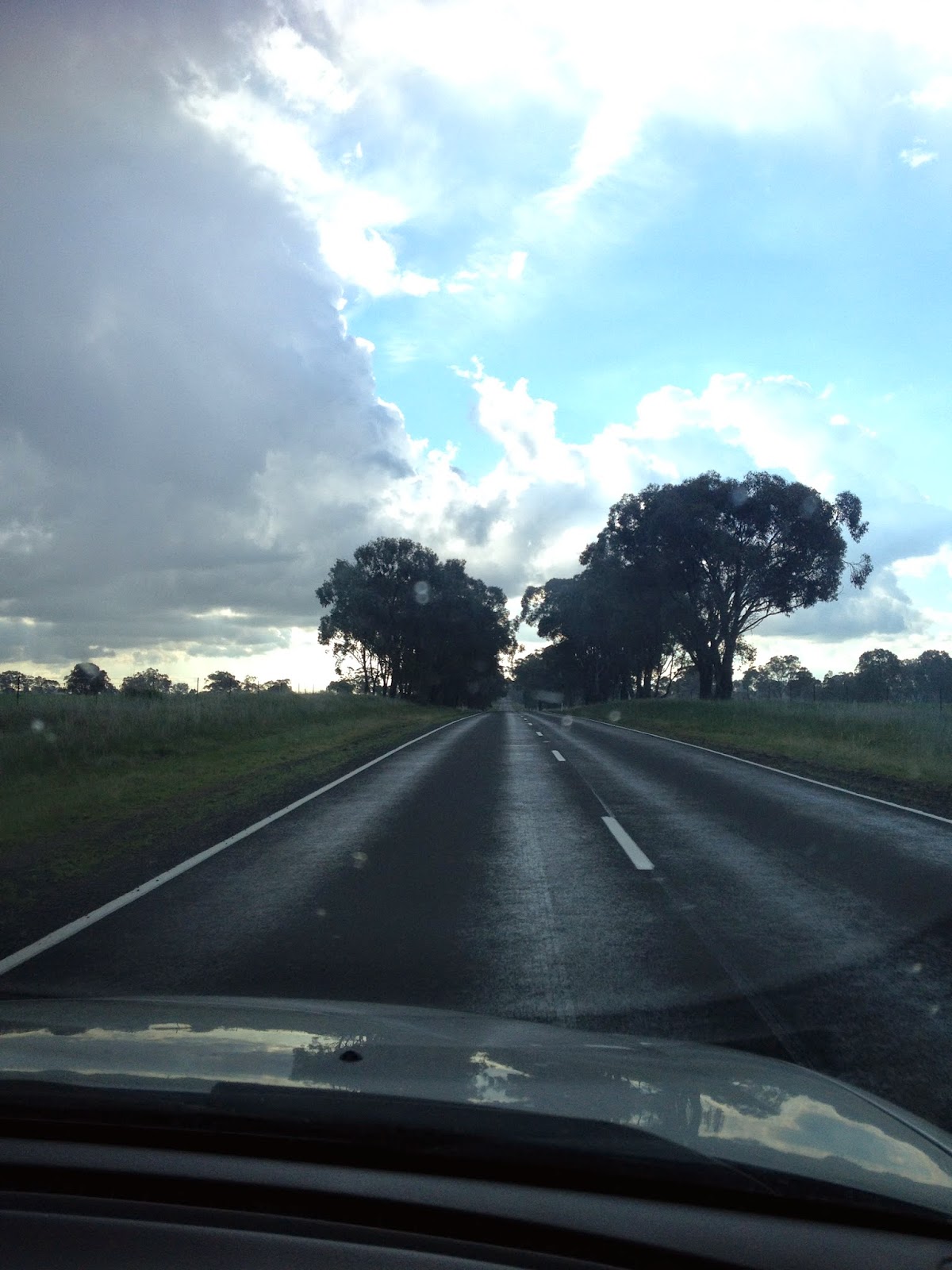 Here is Elizabeth Taylor with Barry and Ferdie. The Elmore house is incredible. 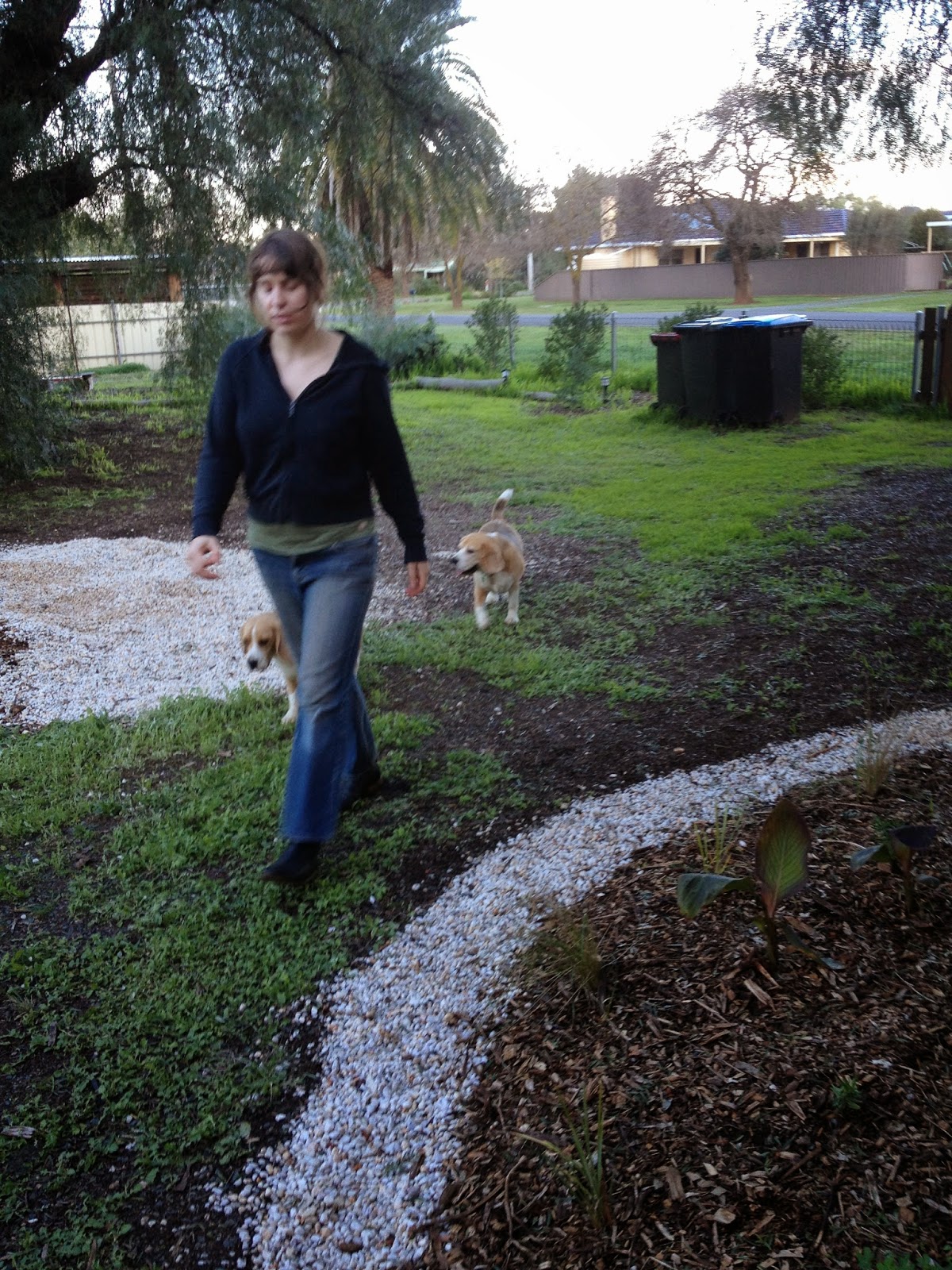 Once again, B&F were freaked any time I left them unable to follow me close. In this instance I was just going to get something from the car. 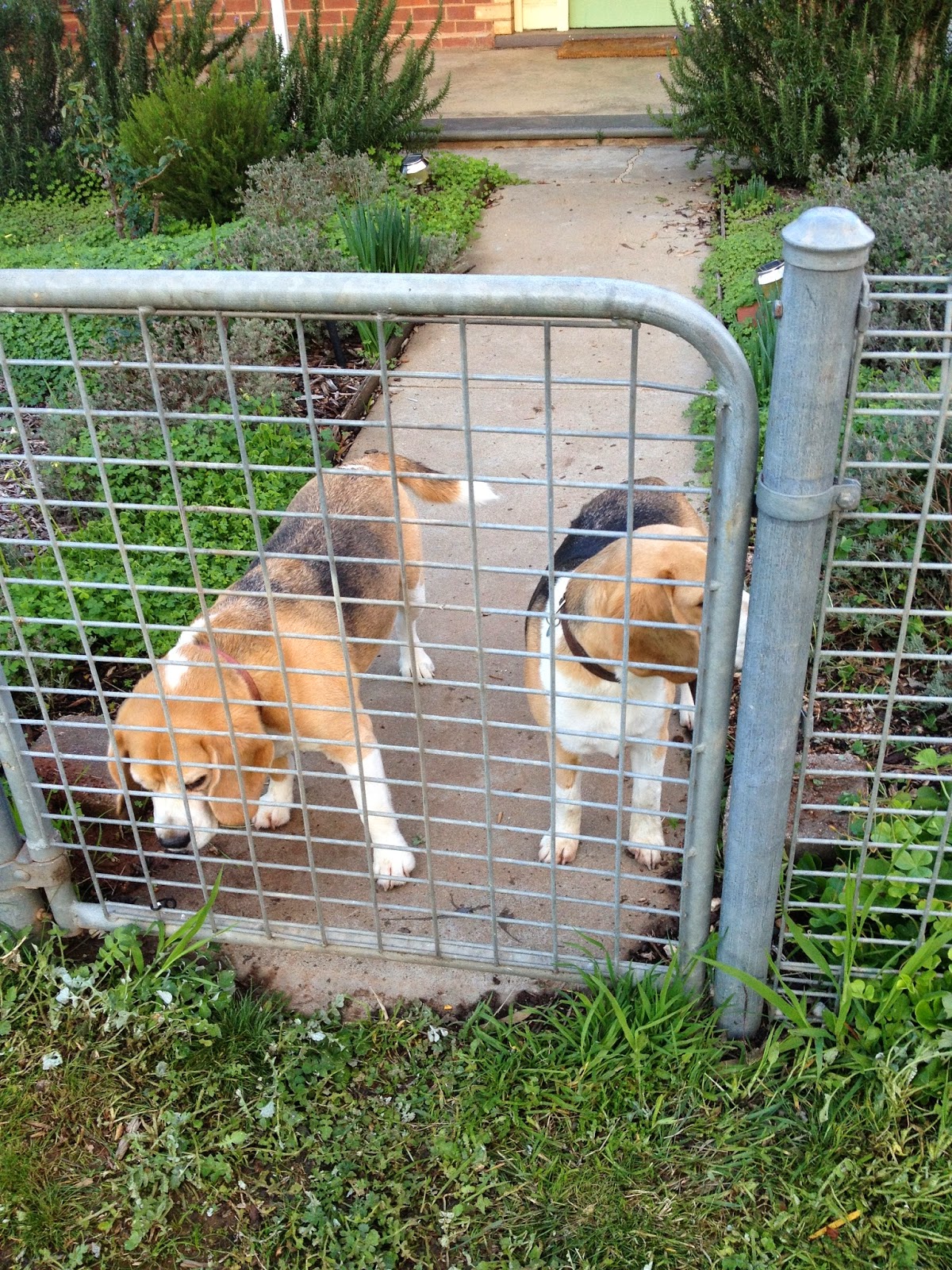 Before it got dark we all went for a walk along the Campaspe River this is an ex-watertower. 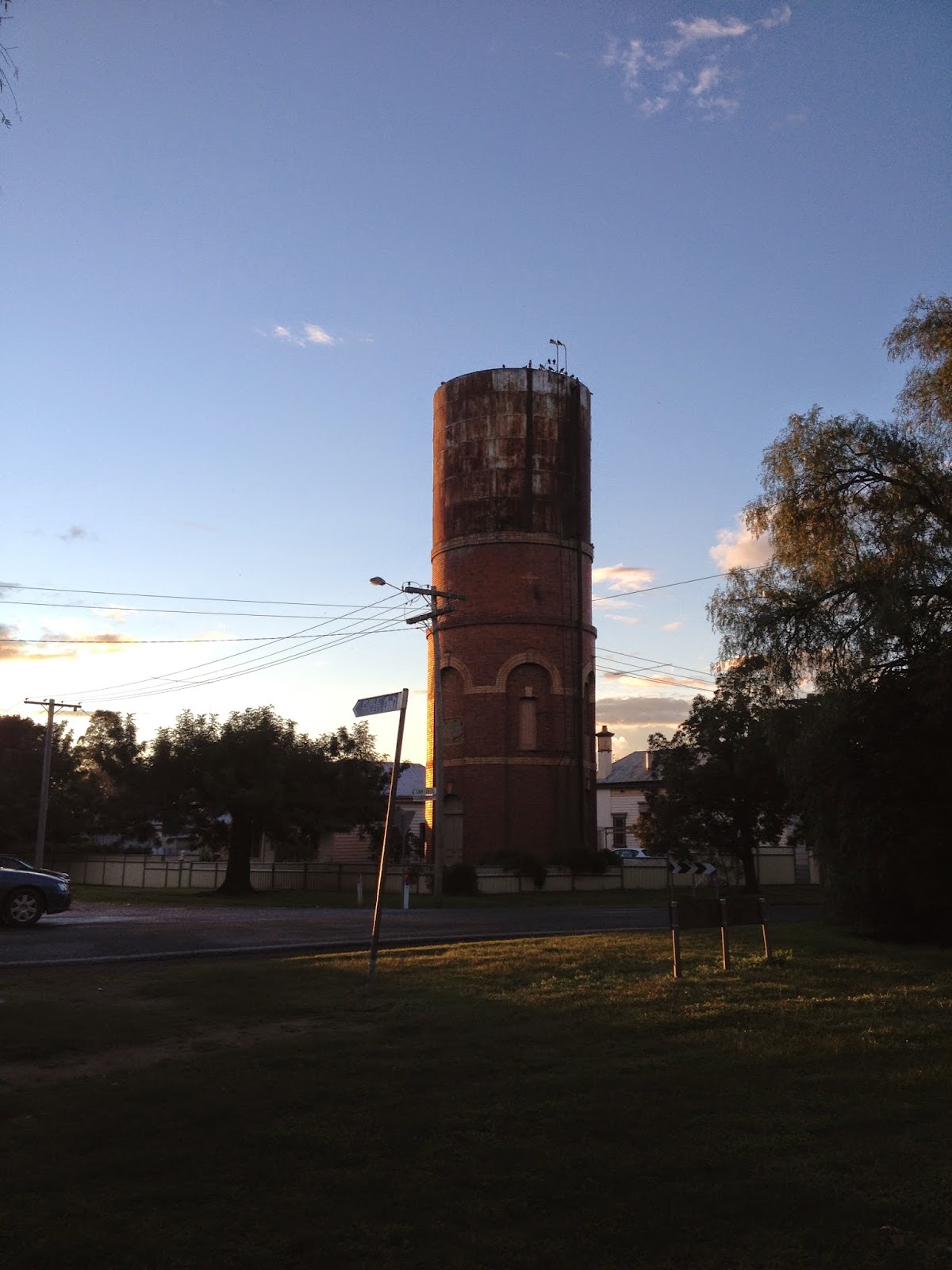 This is Ferdie looking as regal as ever in the Elmore house. 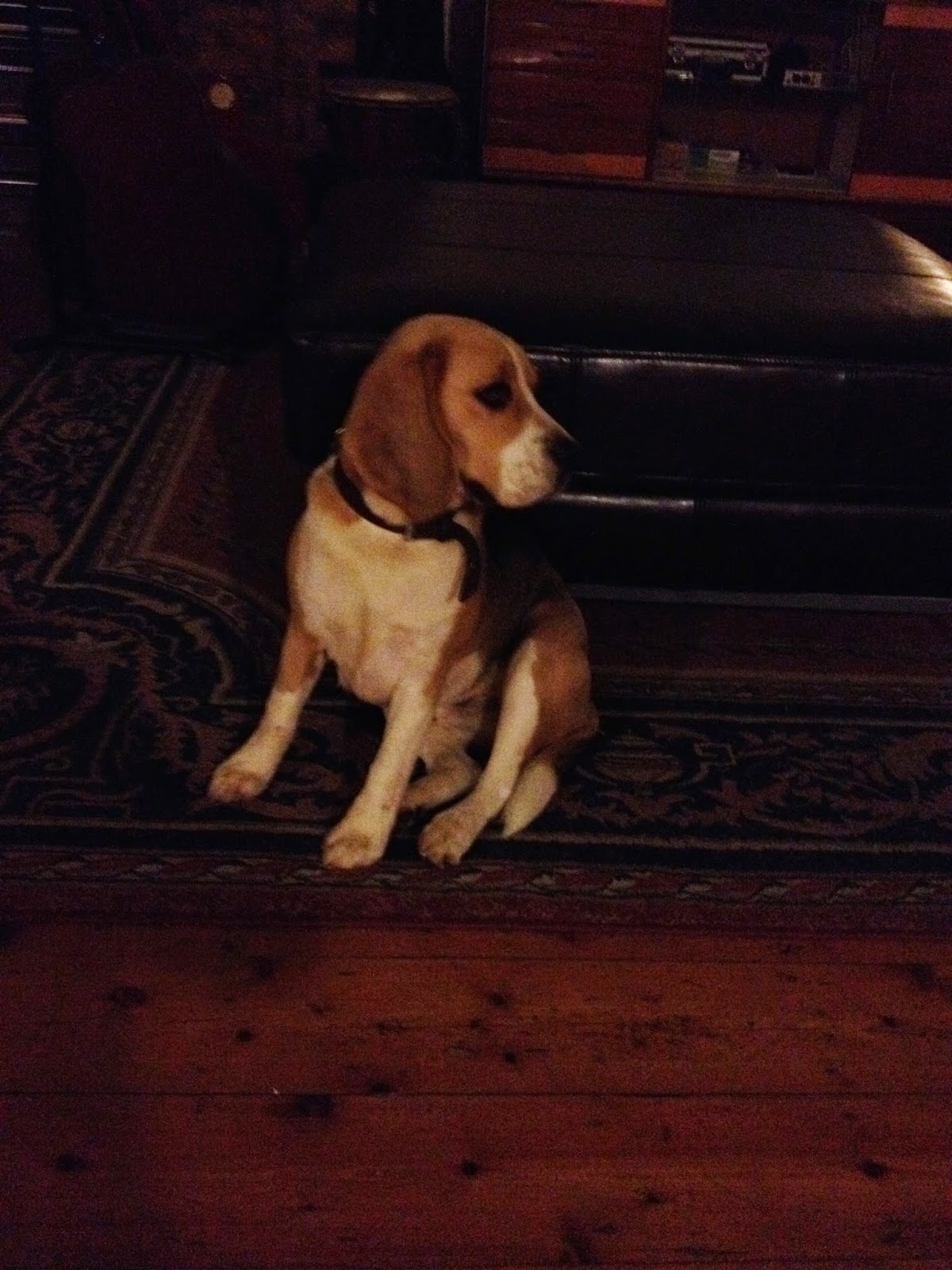 And that was our journey. We got back around 9 I think. The dogs don't like travelling in the car but they slept most of the way back. I really enjoyed spending so much time with them. They are great company. Yes you heard it here first - I love my dogs.
Posted by David Nichols at 11:48 PM