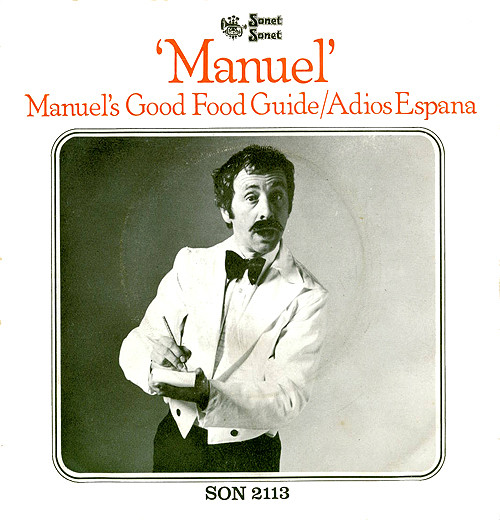 For precisely no reason other than, I suppose, the noble aim of procrastination, I have spent a lot of time on Wikipedia today updating Andrew Sachs' entry. I was particularly interested in Sachs' writing career which, until I came along, had barely any recognition on his entry although he had in fact written at least 14 (probably more) plays for radio and stage, one of which - bizarrely I now realise - I had actually heard when I was 13 or 14; it was a radio play with no dialogue. I remember my father telling me 'the man who plays Manuel on Fawlty Towers has written a radio play...' little did we know he had been augmenting his acting career with the same for a decade and a half. I don't think that one was typical, of his work or anything, but I don't know precisely.
I am surprised how much stuff can be lost, to be honest. My main primary source is newspapers, and I use Trove of course (invaluable but it mainly runs out at about 1955, with the exception of the Canberra Times and a few other things, and is in any case largely useless for things like Andrew Sachs, who is an English thing). I also like newspapers.com, which is however almost all American with two useful exceptions: the UK Guardian/Observer, and The Age/Sydney Morning Herald, up till about 2000. Tremendous stuff. However, I think Sachs' dramatic output (as a writer) was small beer from the Guardian's point of view and it tended not to discuss it much.
As usual with Wikipedia, women sit in the background producing children, but Sachs' wife Melody was in any case a bit of a mystery. She didn't help by sometimes being known as Melody Lang and sometimes Melody Sachs. Of course, the entry was about him, not her, so I just packed her in a little round the edges.
Spend any time with Wikipedia and you discover that nobody knows a fucking thing. I am still used to reading stuff and thinking 'oh, I didn't know that'. Wow I have to get over that habit, it's what babies do. So there was stuff in the Sachs entry about how Sachs recorded 'Shaddap You Face' in Spanish. No, you goof, he recorded it as Manuel - in a Spanish accent. Or at least I think that's what happened (I hope I'm not the goof).
Look, the weird thing is I have no special interest in Andrew Sachs. He sounds like a nice man, and in fact, I purchased his autobiography, published the year before his death, from AbeBooks, since I figured - going to be shut in here most of the time for a while now, might as well get some treats, like they do in prison. Of course by the time it comes I'll be like - huh Andrew Whochs?
But sometimes I get a bee in my bonnet. Nobody knows a fucking thing. They don't know how to research, or how to read what they find if they accidentally stub their toe on an unprocessed fact. The writing on Wikipedia is so shitful so often (particularly the music entries, Christ, I can spot the writing of someone who grew up reading the NME ten miles away). (Because I did too.) (But it's not the way people should write, now.)
Posted by David Nichols at 8:40 PM